Licey vs Aguilas playing at the Yankee Stadium?

The congressman from the 13th district of New York, Adriano Espaillat, wants the Águilas Cibaeñas and the Tigres del Licey to play a game at Yankee Stadium.

Espaillat offered this information to the journalist José Zabala, during the celebration of a baseball tournament dedicated to the congressman.

“We are working for that, I have already made the official request to the Yankees,” Espaillat said when asked about it, adding that the ideal date would be after the Major League World Series.

This would put the date of the hypothetical game in the month of November, since the end of the MLB regular season is scheduled to end on October 5th of this year, with the final series typically running until early November.

Likewise, this possible date would also be in the middle of the regular series of the winter tournament of the Professional Baseball League of the Dominican Republic (Lidom), which begins on October 15th and ends on December 16th. 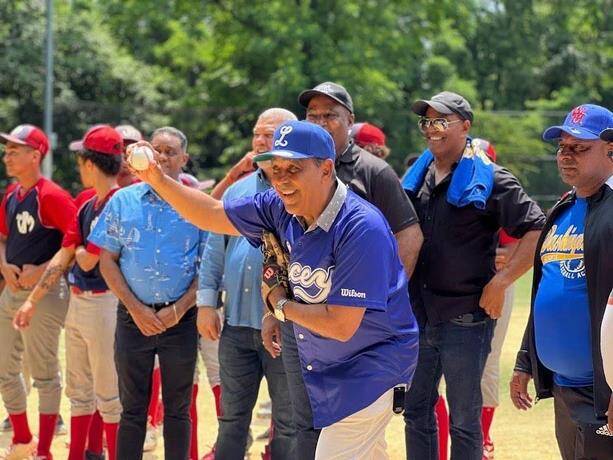 However, Espaillat also revealed that the Dominican Republic’s consul general in New York, Eligio Jáquez, is also involved in the effort to organize this match.

“The consul is there for that Tigres del Licey and Águilas Cibaeñas game to take place here in New York,” he said.

The eternal rivals of the Dominican winter baseball have already faced each other on US soil, and in a Major League stadium, in the so-called “Series of the Americas”, held at the then Marlins Park, today called LoanDepot Park, of the Marlins of Miami.

In addition to the local squads, the Cardinals of Lara and Navegantes del Magallanes also participated in this mini-tournament, representing Venezuela.

The trophy was raised by the Águilas Cibaeñas, who overwhelmingly beat Licey in the semifinal, with a final score of 4 runs to 2, to then win against the Navegantes in the final.

Nelson Cruz announces the preliminary roster for the WBC

Albert Pujols receives the highest honor at the Musial Awards

Licey defeats the Águilas Cibaeñas and close in for first place