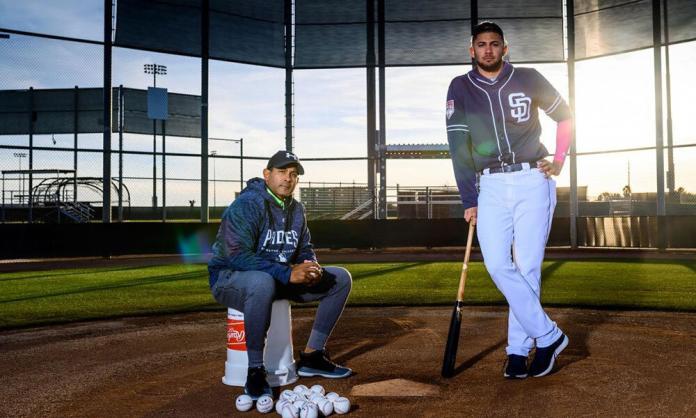 Fernando Tatis came out in defense of his son, assuring that the substance to which the Dominican player tested positive was the product of the application of a topical spray, for which he affirmed that the Major Leagues should have handled the situation better.

Likewise, when interviewed on the “Noon Show”, Tatis assured that the suspension of 80 games “was not the way to destroy the image of a player”, describing the use of the alleged drug in question as “nonsense”.

“It was a mistake that could be handled, I think it was not the way to destroy the image of a player for a nonsense, a simplicity like this,” said the former Major League player.

During the interview, Tatis Sr. repeatedly denied that Tatis Jr. used any substance to help him play better on the field, explaining that the slugger simply used a spray to treat a fungus, not knowing it contained a banned substance.

“What links Junior is a substance that contains a spray called ‘Trofobol’ which is a topical spray, for the skin and is used for several things. The kid got a fungus on his neck, the product of a cut, or a fringe as we say, and he buys the spray and puts it on, ”he explained.

He also indicated that the only mistake Fernando made was not reading the components of the spray, describing what the family is going through as “a very difficult situation.”

“It’s a very difficult moment actually, since Junior’s image is totally down, as if he was the bad guy in the movie,” he said.

Major League Baseball reported the suspension of Tatis Jr. last Friday, stating that the Dominican tested positive for the Clostebol.

After the announcement, the Dominican issued a statement through the Players Association, saying that he failed the anti-doping test because he took a drug without knowing that it contained the aforementioned substance.

That is the version of the facts that Tatis Sr. supports, adding that this prohibited substance does not provide anything to those who use it to improve performance.

“What came out positive in Junior’s body is something that doesn’t give you strength first; it does not increase your performance, second; It has absolutely no testosterone, it has absolutely nothing to help you excel in the game”, he stressed.

Similarly, Fernando Tatis assured that many, including teammates, are envious of his son for his dizzying rise in the Major Leagues.

“In the world you are not going to be liked by many people, especially when people are successful. There is something called envy, hypocrisy on the part of many teammates, hypocrisy and the same envy that Junior arouses in the Major Leagues, that at such a young age he has risen so fast, all of this arouses a lot of jealousy on the part of other players ”, he stated.