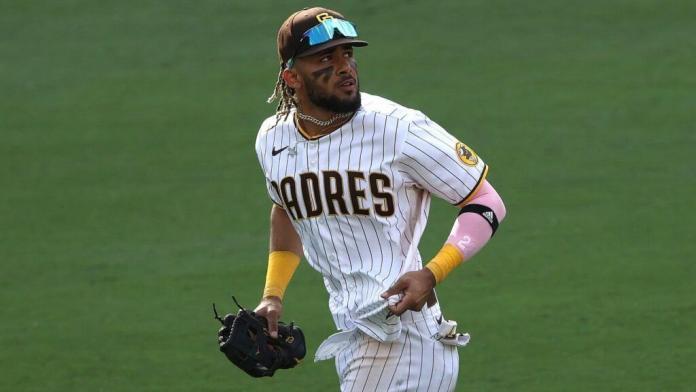 ESPN’s Jeff Passan reported that Tatis had failed a drug test seconds before the league’s announcement.

The Padres have released a statement regarding the surprising development:

“We were shocked and very disappointed to learn today that Fernando Tatis Jr. tested positive for a performance-enhancing substance in violation of Major League Baseball’s Joint Prevention and Treatment Program and subsequently received an 80-game unpaid suspension. We fully support the Program and we hope that Fernando learns from this experience”.

Tatis will spend the entire 2022 season without appearing in a major league game. The star shortstop suffered a broken left wrist in an offseason motorcycle accident, an injury that was revealed when he reported to the team in spring training. He underwent surgery and was out of action for months.

There was finally light at the end of the tunnel, with Tatis sent down to Double-A on a rehab assignment last week. He had played in four minor league games and was set to rejoin the major league club in a couple of weeks. That will no longer be the case.

Clostebol is an anabolic steroid. It is a medicine that belongs to the group of so-called corticosteroids or corticosteroids. This substance is found, for example, in creams designed to speed up wound healing, as well as other skin conditions such as erosions, burns, dryness or radiodermatitis.

This principle also improves performance. It was found, for example, in Oral-Turinabol, which was the basis of the doping program of the former German Democratic Republic from the late 1960s until the fall of the Berlin Wall.

There are documented cases of traces of clostebol in samples from people who did not come into contact with the substance directly, but rather came from eating meat from animals fed with this substance. It is also found in medical products related to gynecological care. There are cases where an individual tested positive after having sex with a partner using the drug.

Related – Tatis Jr. and the Padres agree to 340 million dollars and 14 years