The actor Manny Pérez, who played the wrestler Jack Veneno, in the movie “Venom, First Fall: Jack’s Lightning”, said goodbye to him with an emotional message posted on his Instagram account after his death.

“Rest in peace Champion!! Thank you so much. It was a great honor to meet you and represent you on the big screen as you deserved it. An icon of our culture that will forever be remembered. My condolences to his entire family. Jack Venom rest in peace”, he wrote. 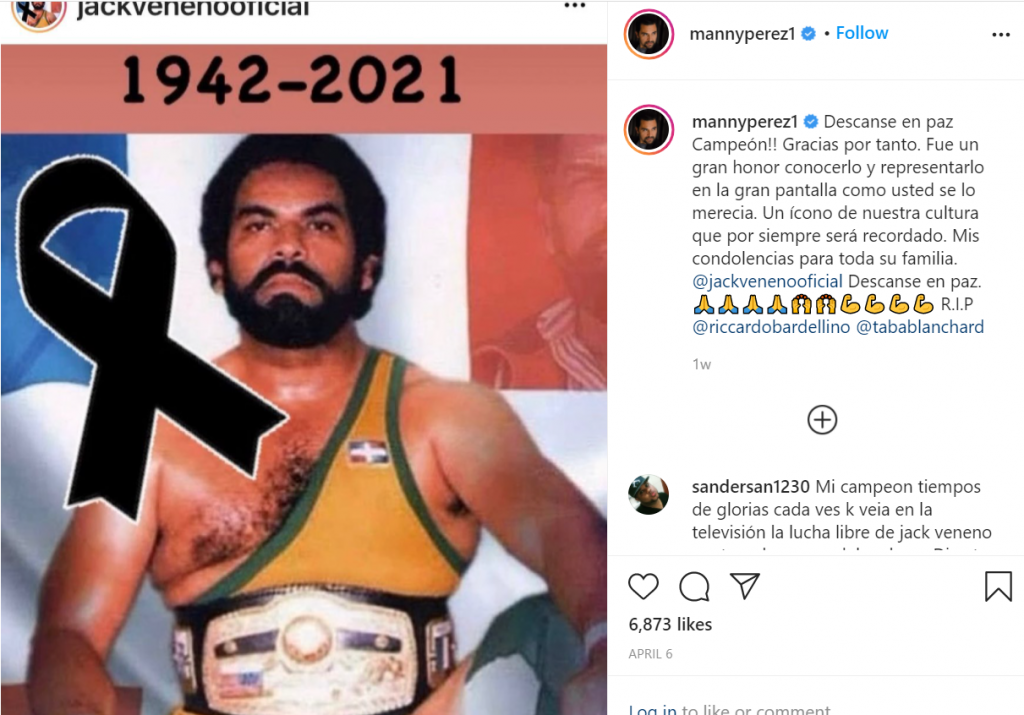 He wrestled at Madison Square Garden in New York, Los Angeles, in Mexico where he teamed up with the famous Mexican wrestler El Santo, and also with Blue Demon.

After his retirement from wrestling, Jack Veneno was in charge of Sports at the Price Stabilization Institute, and in 2006 he decided to run for the congressional and municipal elections as a trustee (Mayor) of Santo Domingo.

“Veneno, first fall: Jack’s lightning”, directed by Tabaré Blanchard, narrates the beginning of the wrestlers Rafael Sánchez, better known as Jack Veneno “The champion of the little ball of the world”, and of his arch-enemy José Manuel Guzmán, better known as Relámpago Hernández “La Gallina” (this character was made by Pepe Sierra).

Jack Veneno, who did not make many public appearances due to his illness, appeared at the premiere gala held in 2018 and there he spoke about his beginnings.

According to the fighter, when he started, they called him crazy because of the big dreams he had.

He also said he was happy with Manny Pérez’s portrayal of him.