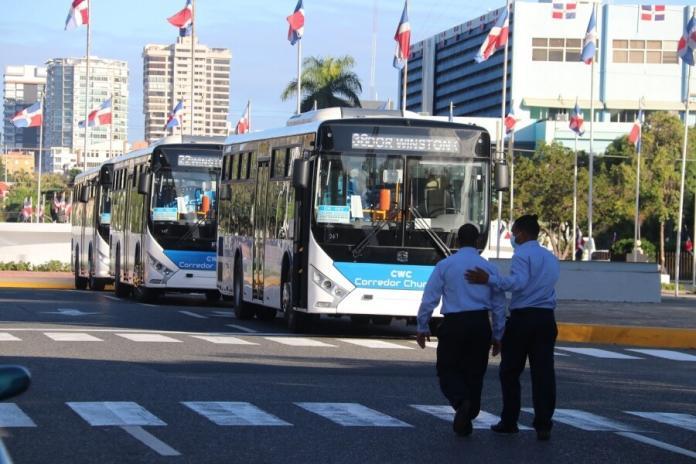 The director of the National Institute of Transit and Land Transportation (Intrant), Hugo Beras, explained that they are working on the insertion of 16 new lines in Santo Domingo, the National District, and Santiago.

“Only 4 days after I was here, together with the Intrant team, we have already formed and surveyed to start the technical process of more than 16 bus corridors for the National District, Greater Santo Domingo and Santiago,” Beras reported.

Hugo Beras said that his mission is to transform the local vehicle fleet and the current system he described as “obsolete”.

“Luis Abinader’s policy is to transform the obsolete transportation system that the Dominican Republic has into a modern bus system like we have in Núñez de Cáceres, Winston Churchill and Charles de Gaulle Avenue. Today citizens have more than 90 % satisfaction and they ask that everything be changed, in less than 12 months everything will change,” reported .

In turn, he explained that meetings were being held with different sectors such as the Ministry of the Interior and Police (MIP) and the General Directorate of Internal Taxes (DGII).

“The process of transforming transport that is being carried out is very clear and transparent, a scrapping process must be carried out, on Friday I had a meeting with the Ministry of the Interior and Police, speaking informally and with Luis Valdéz from Taxes Internal, to start coordinating, because it will be in a short time, to change the vehicles,” emphasized Beras.

When asked about which part of the transport personnel would benefit from this, he replied that “all the drivers who are part of a route must be part of a transport company, so that they can participate in the transformation, partners, shareholders, some They will be producers, others supervisors and maintenance, some due to age will logically be pensioned”.

Government lifts curfew in La Altagracia and the National District