Pujols hits two home runs and gets closer to 700 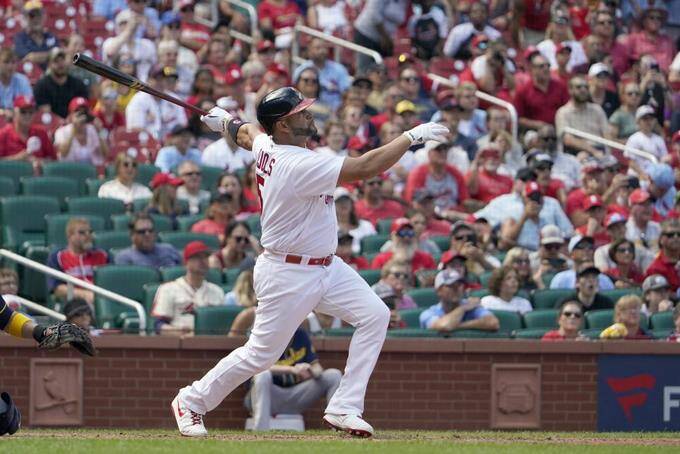 Carlson broke a 2-2 tie with his eighth homer of the season, a drive to left off Taylor Rogers (1-6) in the eighth.

Pujols hit a solo homer in the second inning and a three-run shot in the eighth to reach his 689 career home runs. It was the 63rd multihomer game of his career.

For the Cardinals, Albert Pujols 4-2 with two runs scored and four RBIs.