Authorities alert all Dominican provinces because of hurricane Elsa 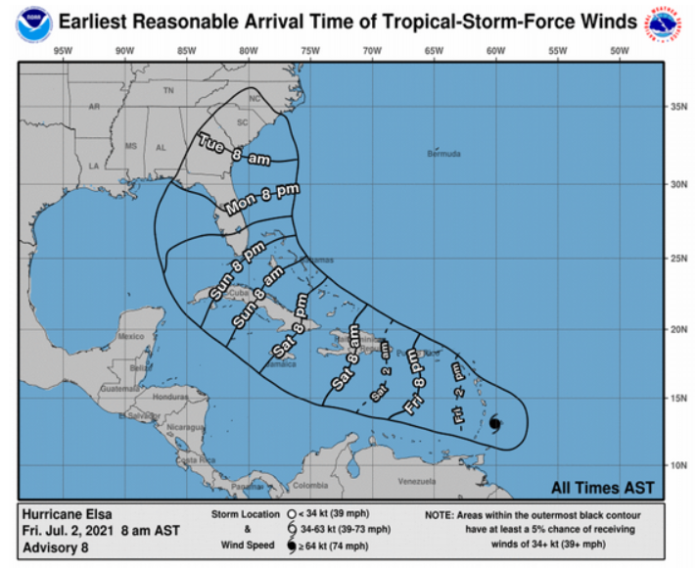 The National Meteorology Office (Onamet) issued a red warning of hurricane conditions from Punta Palenque, San Cristóbal, to Pedernales, after Elsa, the fifth tropical storm of the year in the Atlantic basin, reached hurricane force.

In its newsletter, Onamet said that Hurricane Elsa was located at latitude 13.2 north and longitude 60.6 west, 55 kilometers east / southeast of Saint Vincent and the Grenadines and about 1,264 kilometers southeast of Beata Island, and traveling west/northwest at about 44 kilometers per hour.

Meanwhile, the Emergency Operations Center (COE) reported that it extended the warnings to all 32 provinces. 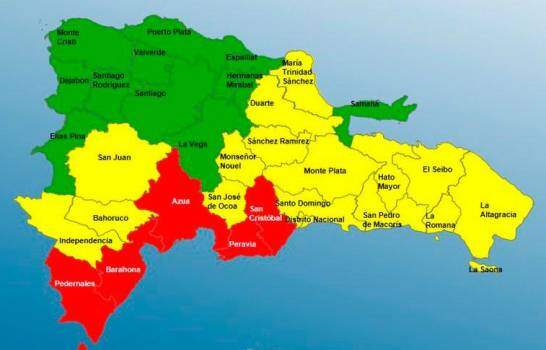 According to the National Hurricane Center (NHC) of the United States, Elsa will move on Saturday near the southern coast of the Dominican Republic and Haiti and on Sunday near Jamaica and portions of eastern Cuba.

Hurricane watches are now in effect for Barbados, Saint Vincent and the Grenadines, and Saint Lucia.

Onamet indicated that a warning means that in a period of 36 hours or less, the designated areas will be affected by one or two of the three effects associated with a tropical cyclone such as heavy rains, dangerous waves, or hurricane intensity winds.

While an alert indicates that in a time of 48 hours or less, the areas could feel one or two of the effects associated with a tropical cyclone such as heavy rains, dangerous waves, or winds with the intensity of a tropical storm.