Rodolfo Castro gets suspended for carrying a cellphone on the field 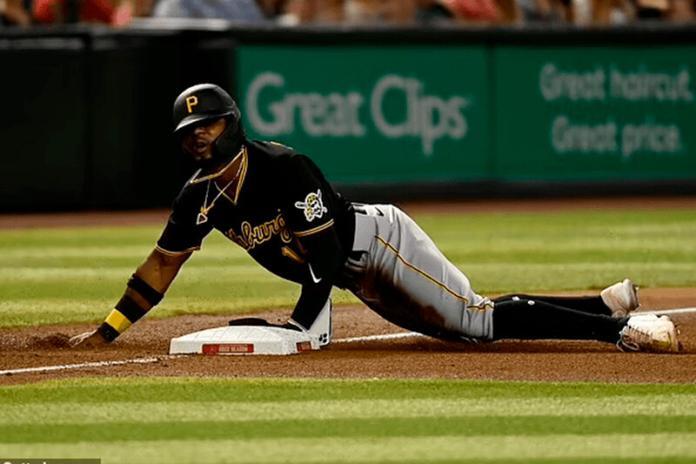 Dominican infielder Rodolfo Castro was suspended for one game and given an unpublished fine for violating the league’s electronics policy.

Castro slid into third base in Tuesday’s Aug. 9th game against the Arizona Diamondbacks, and in doing so, his cell phone fell out of his left pocket.

The Dominican had to comply with the sanction yesterday, but he decided to appeal it.

The league prohibits the use of devices on the field of play or in the dugouts, with the exception of iPads and PitchCom devices that are used by pitchers and catchers.

At the time of the incident, Castro said it was not his intention to enter the field with the phone, but he was harshly criticized after the incident.

“Now I’m trying to be very careful to start unplugging before the game and I can guarantee that it won’t happen again,” he said through an interpreter before Tuesday’s game.

Rodolfo Castro was suspended one game and fined for having his phone in his pocket while on the field, per @JeffPassan. pic.twitter.com/ssR9u6zRA6

Major League Baseball has a strict policy on the use of electronic devices, mainly after the signing scandals of the Houston Astros.

Also after the violations that came to light with both the Boston Red Sox and the use of Apple Watch and the New York Yankees, with other electronic devices not allowed.

Castro has been playing well despite the incident, getting eight hits in 21 at-bats since Aug. 9, the day of the incident.

His hits include a home run and two triples.

In his last three games he had hit two hits in each of them before Tuesday’s match.

Castro had previously been up, but was sent down to the minor leagues on June 5 after a prolonged losing streak that had him hitting .197. when he was sent to AAA.