With an initial investment of more than one billion dollars, the creation of more than seventy thousand direct and indirect jobs, the construction of three thousand rooms, and the interest of important international hotel chains, the long-awaited tourist development of Pedernales started on June 23rd.

President Abinader said “today we begin to prepare the ground for the completion of the first stage of this project for the next ten years and in four phases of completion. In addition, it will have 3,000 hotel rooms and an investment of more than a billion dollars, in a first stage”, said Dominican President Luis Abinader after the first shovel ceremony.

The president reported that nine hotel chains have already formalized their interest and preliminary commitment to assume the operation of multiple hotels that would be installed during the first stage and whose offers exceed expectations.

The chains, some of European, North American, and Mexican origin, are AM Resorts, Hilton, Hyatt, Iberostar, Kasmarina with Margaritaville, Marriott, Radisson, Sunwing, and Viva Wyndham.

The total development of the project can generate about 20,000 direct jobs and about 56,000 indirect ones, with the objective of benefiting the residents of the surrounding communities.

To achieve this, staff will be trained with the installation of an Infotep headquarters and the Universidad Católica Tecnológica de Barahona, UCATEBA.

“I hope to see, before 2024, the opening of one of those hotels and the smiling face of those young people working, seeing them pleased that they already have a future in their own land or a taxi driver transporting a tourist to Pedernales”, said the President Abinader. 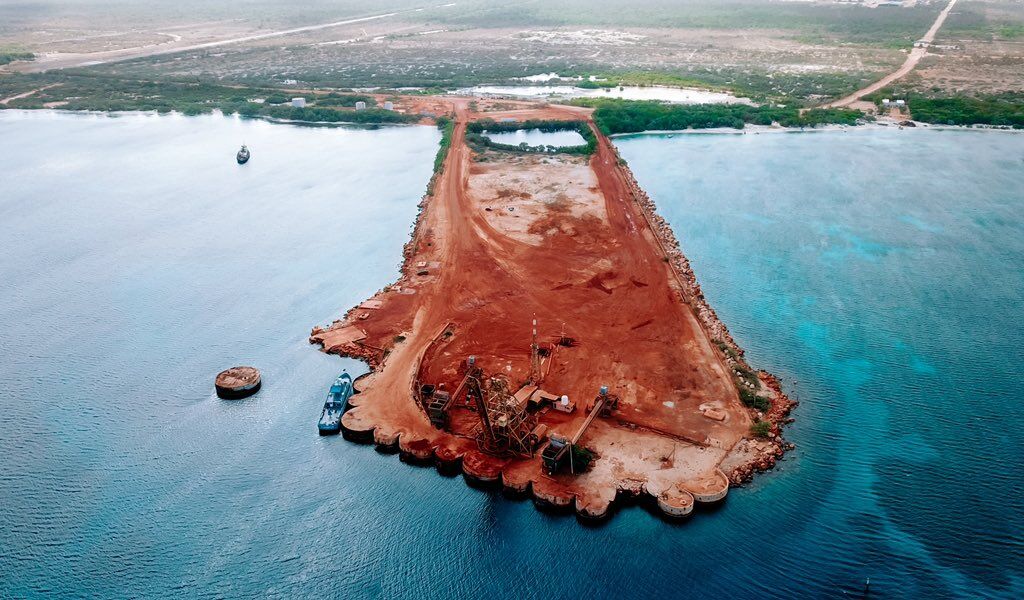 For the minister of tourism David Collado “with what began today, a development process begins that will not stop and that symbolizes the hope of this town, which will have an airport, gastronomy, restaurants and we are also going to design and build the Malecón de Pedernales because tourism cannot develop with its back to the people”.

The four pillars that make up this project are environmental conservation, hotel development, infrastructure, and accessibility, as well as the development and well-being of the community.

The Pedernales tourism project contains a panoramic path with viewpoints, a marina, yacht club, international airport, renewable energy sources, affordable housing, and other infrastructure works will be built, for which the private sector will contribute between the US $ 700 and 800 million dollars in the first stage.

In Pedernales there are 49% of the country’s natural reserves and the Jaragua National Park, so its development is based on ecotourism.

With great effort and under the management of the Pro-Pedernales Trust, the Dominican government has worked rigorously to guarantee sustainability and the strictest conservation standards.

Therefore, only 10% of the territorial extension will be occupied, until it becomes a tourist and investment pole worldwide in which its visitors will be able to explore, among others, the Hoyo de Pelempito, the Oviedo Lagoon, the Beata Island, and Bahía de las Águilas, the latter being a paradisiacal destination to remain without hotel constructions, being a complement to the areas to be developed, informed President Luis Abinader.

Dominican Republic recovers 96 percent of tourists from before the pandemic

Dominican Republic recovers 96 percent of tourists from before the pandemic

Dominican Republic begins exports of avocados and pitahayas to the UAE

Tobacco stands for 8 percent of the Dominican Republic exports

Dominican radio hosts under fire for comments towards BTS

Rosalía meets Tokischa in Santo Domingo for a collaboration

Johnny Ventura’s farewell includes an orchestra and a caravan