The Miami Marlins build a baseball center in the Dominican Republic

The Miami Marlins inaugurated the construction work of a baseball education and training center that they will have in the Dominican Republic and that will involve an investment of 12.5 million dollars.

“As many of the most exciting players in the game come from the Dominican Republic and the surrounding areas, we envisioned our academy as one of the first things we had to tackle. I visited the area at the beginning of 2018, it was one of the first trips I took and I wanted to evaluate how we were going to improve the experience and find a place. So, the first step in completing the vision begins today, with the land behind me as we plow through and build the complex and academy”, said the former shortstop, who will be inducted into the Cooperstown Hall of Fame in September.

The complex will be located in the town of Boca Chica, about 30 kilometers east of the capital of the Dominican Republic, the only country with academies of all the 30 teams in the Major Leagues.

The inauguration of the works was attended by the Dominican Republic President, Luis Abinader; Marlins CEO Derek Jeter; and the team’s general manager, King NG.

Team executives indicated that prospects will be formed at this center to be signed to play organized baseball. 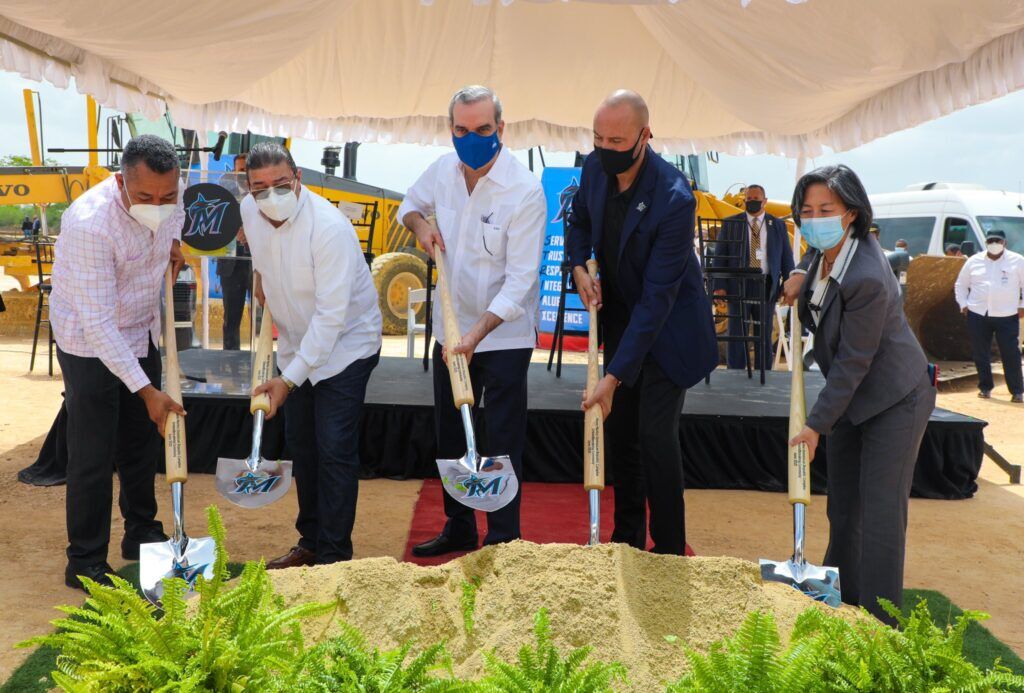 “One of the main attractions of baseball are players from the Dominican Republic and from different countries around the island and that is why they are starting development projects building this new complex”, said Jeter.

It is a modern academy with four stadiums (three in the first phase), gyms, massage areas, study rooms, administrative offices, and dormitories for 114 people.

In addition to the economic and labor impact on the area from the start of operations of this center, said construction “is a testament to the good investment climate in the Dominican Republic and the native talent that is established in the major leagues,” he added, for its part, the Dominican Presidency.