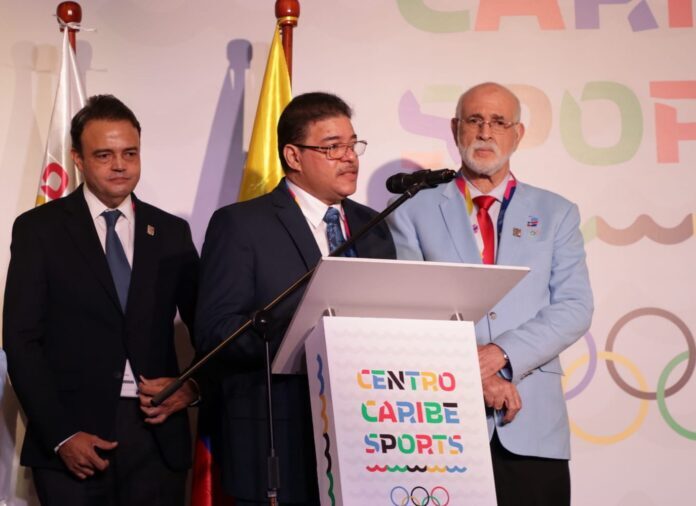 The capital of the Dominican Republic, Santo Domingo, will host the Central American and Caribbean Sports Games for the third time in 2026.

“The games are a golden opportunity in which our country will once again show off its vast experience in organizing international sports competitions”, emphasized the Dominican president through a video, in Spanish and English, presented on a giant screen at the Extraordinary assembly of the Caribe Sports Center held in the Great Hall of the Intercontinental Calí Hotel.

He argued that the experiences of having successfully held the XII Central American Games in Santo Domingo and the XV in Santiago in 1974, as well as the Pan American Games in 2003, show that the country is prepared and ready to host the event again.

“Santo Domingo is the perfect setting to host these games, which will be the centenary games of the Odecabe centennial celebration”, said President Abinader.

Meanwhile, the Sports Minister, Francisco Camacho, said that the Silver Wedding in the First City of America guarantees a happy celebration because it has the full support of a government that has sports as its flagship.

The minister pointed out that now we are lucky that engineer Juan Ulises García Saleta did not have in Panama 51 years ago, who led a movement to reach the headquarters of the XII Games, but did not have the support of the then president.

He indicated that the government has spared no effort so that the resources reach the sport on time and gave as an example that a year ago it arranged for the delivery of the same to the Dominican delegation that participates in the First Youth Pan American Games, which will be inaugurated tonight. at the Pascual Guerrero Olympic Stadium.

Acosta and Ramos highlighted that the country has the sports infrastructure, the experience and the support of President Abinader to once again celebrate the games successfully.

The executive committee of Centro Caribe Sports, chaired by Luis Mejía Oviedo, accepted the request automatically during its extraordinary assembly due to the interest shown by the Dominican government and, furthermore, because it was the only candidate.

“Fortunately the city of Santo Domingo has maintained its interest. IT was the only one who was there and she has met all the requirements. Our main task is to mount the Central American Games”, emphasized Mejía Oviedo during the assembly in the Great Hall of the Hotel Intercontinental Calí.

In his report, Mejía Oviedo, revealed that three new disciplines will be accepted in the regional fair: surfing, bodybuilding, and net ball.

Also present at the assembly were Luis Chanlatte, head of mission of the Dominican delegation to the Panam Juniors; Edwin Rodríguez, COD co-treasurer, and Tony Mesa, Technical Director of Centro Caribe Sports, among others.