A historic five-run rally in the eighth episode gave the Dominican Republic a 10-6 victory over South Korea, to clinch the bronze medal of the 2020 Tokyo Olympic Games baseball tournament.

With the game 5-6 at the height of the eighth, bases loaded, and Juan Francisco hitting, Seunghwan Oh hit a wild pitch, allowing Jeison Guzmán to score from third base to tie the action.

Juan Francisco hit a key two-RBI double to center field at the top of the eighth inning and then Johan Mieses fired a beastly home run down the left-field against Oh. 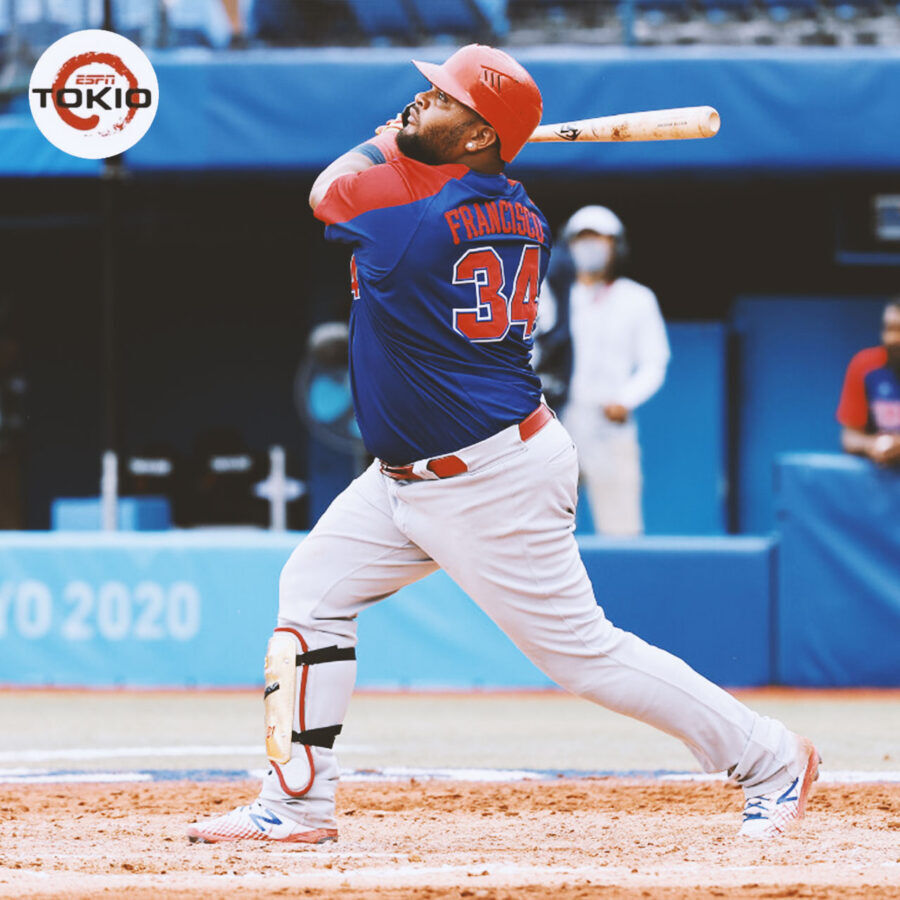 The victory went to Christopher Mercedes, in a 3.1-episode four-hit relay. His work was key because he gave stability to the Dominican pitching. The left-hander came pitching to the ninth and allowed two undisputed successes in a row, which motivated manager Héctor Borg to replace him with Jumbo Díaz.

With runners on third and second with no out, Diaz dominated Joohwan Choi with a fly to shortstop, Jung Hoo Lee with a strikeout, and Hyunsoo Kim with a grounder to second, thus ending the game and scoring the save. By conceding five touchdowns and getting just one out, Oh took the loss.

The Korean starter then walked Mieses and was immediately replaced by Woochan Chan, who gave Cabrera a hit, a walk to José Bautista, and a sacrifice fly by Charlie Valerio, bringing the game to 4-0.

Against Raúl Valdés, South Korea discounted a run in the second with Kunwoo Park’s RBI hit through the center. In the fourth, they added a second-round home run by Hyunsoo Kim on the right.

The fifth inning saw the Quisqueyans lead 5-2 on the scoreboard with Cabrera’s double to the wall in a play where Mieses scored with a great run from the middle. However, the episode’s casualty turned into a nightmare.

Pitchers Valdés, Luis Felipe Castillo, Darío Álvarez, Jhan Mariñez and Mercedes worked in a fifth inning in which the Asians went ahead 6-5. The lead for South Korea came from a Baekho Kang’s drive against Mercedes. The five runs of the episode were charged to Valdés, in his work of 4.0 innings.

Korea withdrew the Dominicans without trouble in the sixth and seventh until an eighth episode arrived that will always be remembered for the determination and reaction shown by the Dominican offensive to give another great conquest to the country.