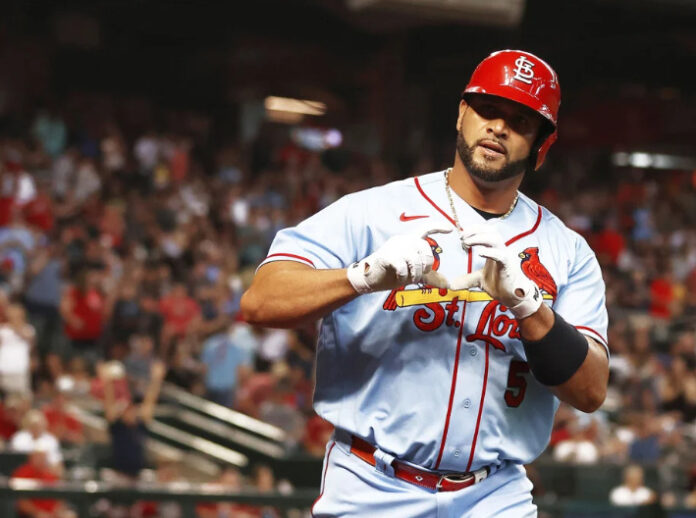 The Dominican slugger Albert Pujols smashed his 696th Major League home run, tied with his compatriot Alex Rodríguez for fourth place on the all-time home run list and approached 700, where only Barry Bonds appears with 762, Hank Aaron, 755 and Babe Ruth, 714.

Pujols’ two-run homer came in the inning of the Cardinals-Pirates game at PNC Park off J.T. Brubaker’s pitches with a teammate on base.

The ball traveled a projected distance of 418 feet and came off his bat at a speed of 111.2 mph.

It was his 17th home run of the season, with 46 RBIs, in 248 official at-bats. Of his 17 homers, seven have come in St. Louis, 12 off left-handed pitchers and eight in night games.

In April he chartered two, the same as in May, three in July, eight in August and his was the first in September.

The Dominican slugger announced his retirement at the end of the campaign, but after his offensive that brings them closer to 700 home runs, his statement is questioned, in case he does not achieve the feat this season.

The Cardinals have 22 games left in the season for Pujols to try four more to reach 700.