American film actor Vin Diesel signed a memorandum of understanding with President Luis Abinader for the construction of a state-of-the-art film studio in Bergantín beach, near Playa Dorada in this province.

The project is set to install a film industry ecosystem for multimedia content creation and artistic events, developed by the Vin Diesel company, One Race Films.

The agreement was signed at Bergantín beach, where President Abinader and the actor committed to deploying all efforts and measures to ensure the successful completion of this project.

Vin Diesel, who upon arriving at the place held a strong hug with President Abinader, whom he defined as his brother, and spoke of his love for the Dominican Republic. 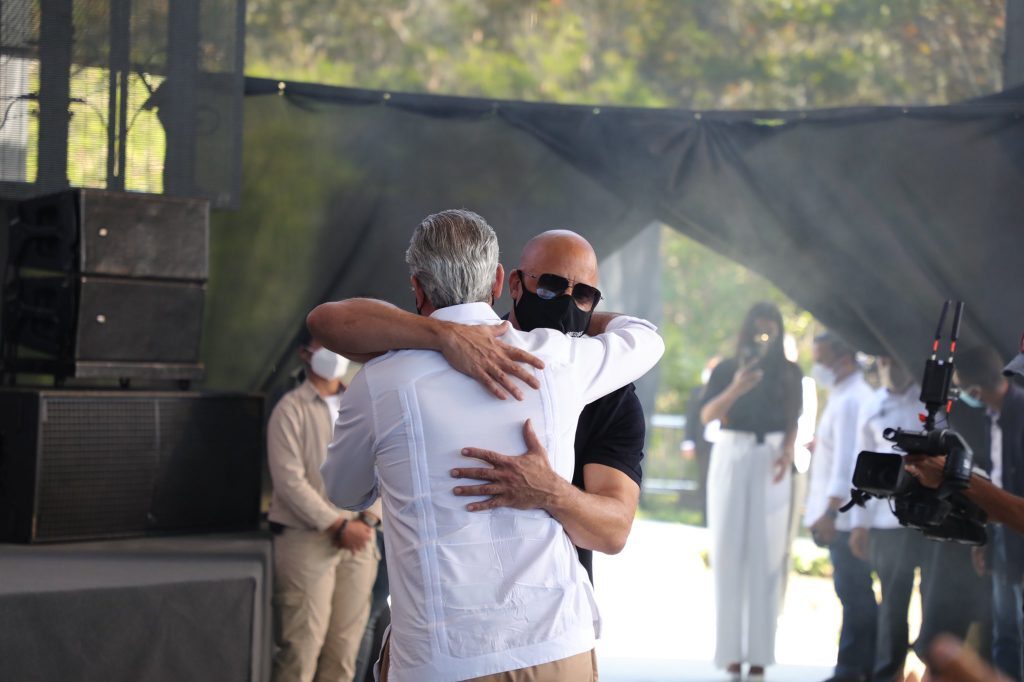 The Caribbean country is home to several film studios for American production companies, and its tropical landscapes have been the setting for numerous Hollywood films since the 1970s, with classics such as “Apocalypse Now” or “The Godfather 2.”

During the signing ceremony of the agreement, President Abinader pointed out that the cinema has become a magnificent tourism promotion strategy.

He affirmed that the country currently has more human capital, more knowledge, and better positioning, so he understands the Dominican Republic is more than prepared to take a greater leap.

“Today we are interested in going further to take advantage of the advantages of this industry and enhance its economic contribution through its links with other sectors, mainly tourism”, said the president.

He further added that “we want Bergantín to go down in history as an integral, innovative and sustainable destination. And what better way to integrate the film industry into this new proposal than in the hands of one the biggest actors in the industry”, said the president, referring to Diesel. 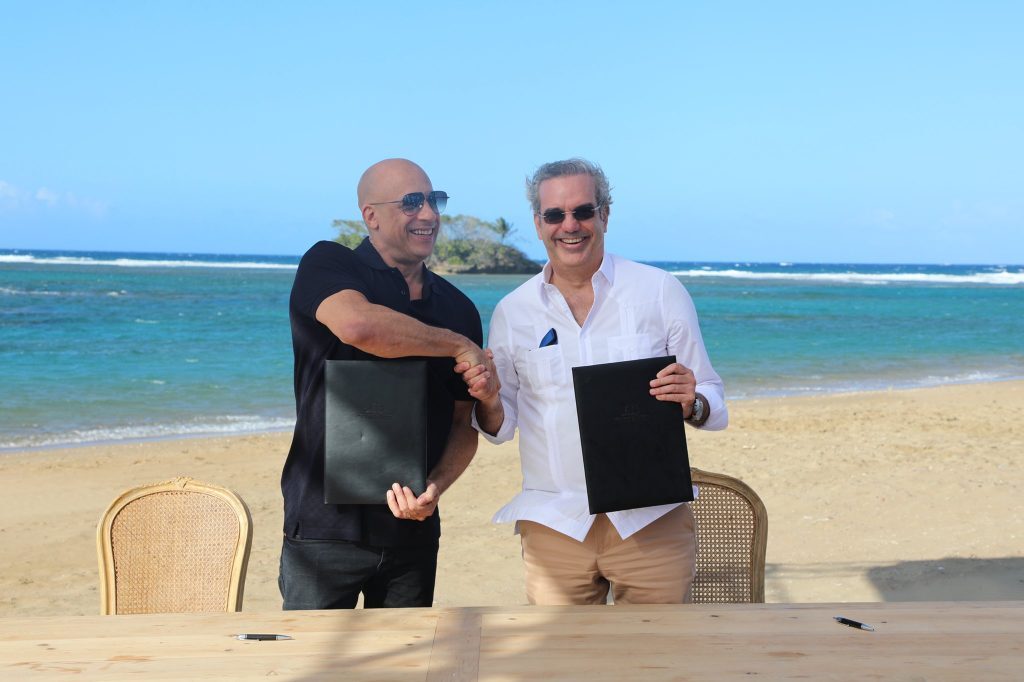 He considered that, with the development of this project, this community would become a benchmark in the region and in the world, attracting talent, investment, and new tourists.

The head of state specified that all this must be supported by public policies that allow the development of talent and investments in support industries. “We have the courage that the rulers must have to do it”, he added.

“That is why today we begin the first steps with the best advisers. Vin Diesel and One Race Films have everything we look for in a good alliance: experience, vision, but, above all, love for the country. Vin is a fan of our land and its people”, he added.

During this event were present Senator Ginnette Bournigal and the Administrative Ministers of the Presidency, José Ignacio Paliza and Tourism, David Collado, who praised Vin Diesel and appreciated the efforts made by President Abinader to attract investment, relaunch the economy and the sightseeing.