State security authorities, stationed at the Las Américas International Airport (AILA), received a shipment of firearms that arrived in the Dominican Republic to be used in the filming of the movie ‘Shotgun Wedding’, whose main actress is Jennifer López, better known as J-Lo.

The firearms charges went through the supervision of the Intelligence Directorate of the Joint Chiefs of Staff of the Ministry of Defense, despite the fact that they are replicas.

The cargo of rifles, machine guns and pistols arrived at the cargo terminal of the International Airport of Las Américas, José Francisco Peña Gómez (AILA) in three metal boxes. They were sheltered in the import warehouse number 17 that the Pilarte Cargo company manages.

The replicas of the weapons were landed on Delta airline flight number 1917 from Los Angeles California, via New York, United States, and granted importation to a Dominican company, Generals National Freight Service, SRL.

For the importation of the material that will be observed in the filming of the film ‘Shotgun Wedding’ (Shotgun Wedding in Spanish), the import permit for replica firearms was granted, official letter number 3364, dated February 2nd, 2021. authorized by the Ministry of Defense.

The replicas of firearms were removed by Lieutenant Colonel Oljamer García, assistant to the film’s coordinator, in the white Hyundai minibus, plate number I077583. They were taken to the Vocational School of the Armed Forces and the National Police, located in San Isidro, Santo Domingo Este, for the corresponding purposes. 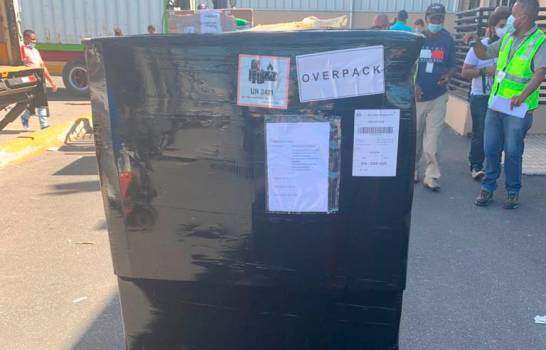 29 firearms in total, including rifles, shotguns and pistols arrived in this load, according to the manifesto of the General Directorate of Customs, along with ammunition and bullet grenades.