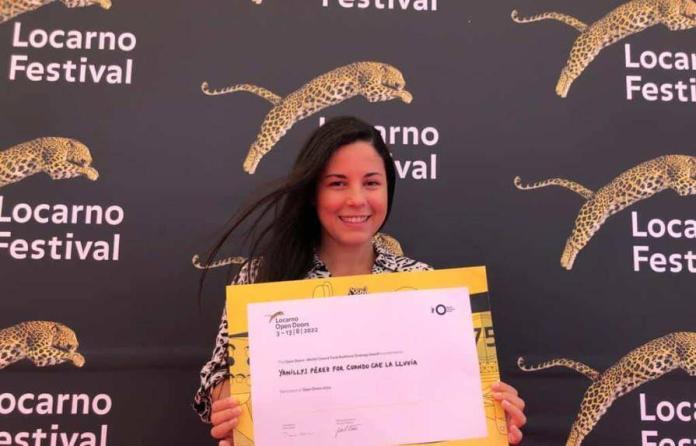 Dominican filmmaker Yanillys Pérez won the Open Doors-World Cinema Fund award at the Locarno Film Festival with When the Rain Falls, directed and produced by Yanillys herself.

The Open Doors – World Cinema Fund Award won by Yanillys Pérez is a new collaboration with the World Cinema Fund that offers a Projects’ Hub or Producers’ Lab participant from the Dominican Republic, Haiti, Jamaica, Saint Lucia or Grenada a specific program aimed at closely monitoring the development of a strategy for interaction with the public.

For the last 20 years, Open Doors has been a bridge between filmmakers from different regions of the planet and the public and the industry present during the Locarno Film Festival, proactively committing itself to generate greater diversity in the cinematographic sector, creating visibility and new spaces for perspectives and debates that transcend those already established.

In this edition of its 20th anniversary, Open Doors began a new three-year focus (2022-2024) dedicated to countries in Latin America and the Caribbean.

Within the framework of the Locarno Pro industry programme, Open Doors presented 8 feature films in search of international cooperation (Projects’ Hub), 9 creative producers (Producers’ Lab) and 17 directors with their respective films at the Open Doors Screenings, all of them from the region Open Doors currently focuses on.

This new focus dedicated to Latin America and Caribbean countries has allowed developing films and film projects from these regions to come into contact and interact with the public and members of the industry.