Dominican artist Cardi B gives her daughter 50,000 dollars in cash for her birthday 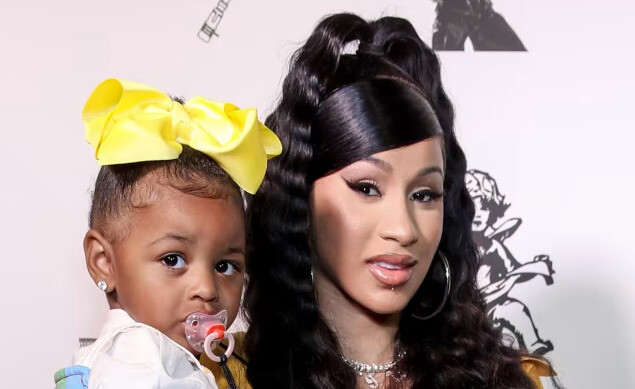 Dominican-origin singer Cardi B and Offset are known for having extravagant tastes and spare no expense for their children.

Recently he has given something to talk about the new ‘gift’ from the rapper member of Migos and the singer of Creole origin to her daughter Kulture for her fourth birthday. It was $50,000 in cash.

In a video posted by Offset on her Instagram stories, it can be seen when the girl asks him to buy her some cotton candy and her father hands her a wad of money.

The international media indicate that while they were taking a walk through the Candytopia candy museum, the couple’s eldest daughter asked for a sweet when she looked out the window of the vehicle.

The interpreter of “I like it” was with her daughter and she is heard when she asks what she had in her hand, and her answer was “A ticket”. But she corrected the little girl: “A ticket is a million, that’s 50 thousand. Say 50.”

Although many are surprised, it is common for Cardi B and Offset to give their daughter adult things, as well as luxurious ones.

In July 2021, on her third birthday, the Grammy winner held a themed birthday with flesh-and-blood Disney princesses emerging from a box amidst fairytale-inspired décor.

At that party, the girl’s parents gave her nothing more and nothing less than a diamond necklace and a crown that she combined with her celebration dress.

Similarly, the interpreter of “Open it up” gave him an expensive Birkin bag.