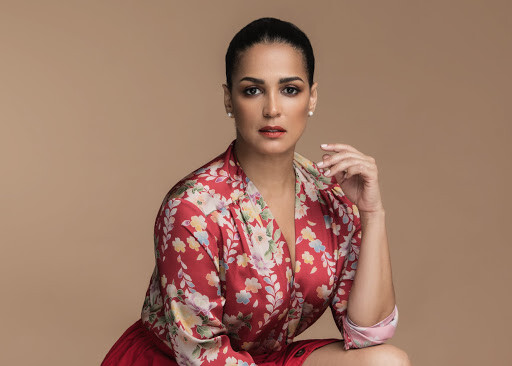 July was loaded with good news for the actress and film producer Celinés Toribio as the series “Big Dogs” premiered on Amazon Prime.

The series filmed in New York, is action, suspense, and with a futuristic touch. Written by acclaimed author Adam Dunn and produced by Choice Films, its 1st season features 8 episodes directed by well-known technicians in the Hollywood industry including prominent director Darnell Martin (“Law & Order,” “Chicago Fire,” “Grays Anatomy ”) who was the director of Celinés in this series.

“Working with Darnell was an unforgettable experience. She is very clear about what she is looking for in each character and likes to create the atmosphere of the scene based on a lot of action. She is a perfectionist director and was supported by a tremendous team of more than 200 people”, says Celinés.

According to a press release in this series, Celinés plays Esperanza, a nurse of Dominican origin with a lot of character but also with a past full of survival stories. 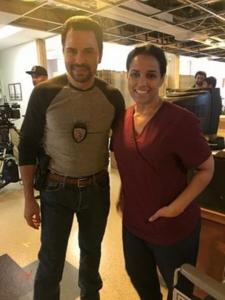 Big Dogs in its first week, already has the positive criticism of English-speaking media and the portals that measure television series, which gives 5 stars for its quality. Executive producers Summer Crockett Moore and Tony Glazer have been waiting for this moment since the series was released in 2018.

“I remember spending two days outside of New York to shoot my scenes. The first day was one of preparation and testing and the second day we shot from very early in the morning”, the actress recalls.

The scene of Esperanza (Celinés) is charged with adrenaline as everything happens: stretchers with patients bleeding to death, paramedics who come and go and the actor and co-star in the series Manny Pérez (Sixto), a policeman/detective who comes where his sister (Esperanza) to ask for help with an injured detainee. In this scene, we can see how the brothers Sixto (Manny) and Esperanza (Celinés) confront each other in an agitated disagreement as they subtly switch from English to Spanish.

“The script is in English but the producers asked me to show the identity and culture of the character speaking Spanish with a Dominican accent since the brothers are from the Dominican Republic in the series. In the middle of this recording with a purely English-speaking team, my chest filled with pride knowing that my flag was well represented by Manny and by me”, the Dominican actress explains.

Everything seems to indicate that a 2nd season will come and although there is no talk of filming or release date, Celinés confirms that the producers have expressed her interest in ESPERANZA having more acting presence in the 2nd part.

The protagonists of Big Dogs are Brett Cullen (The Joker), Manny Pérez (The Blacklist), and Michael Rabe (Homeland).