Two historic nights were lived on October 21st and 22nd at the Olympic Stadium with the World’s Hottest Tour of the urban performer Bad Bunny, totally sold out and with a tour of his entire musical career.

Covering his entire discography in the more than 42 songs he presented every night, Bad Bunny arrived to the rhythm of “Moscow Mule”, from his most recent record production, “A summer without you”, in a setting that emulated a real summer: beach , palm trees, sand, beach chair and cooler in hand.

Once the lights went out, the public, without music, began to chant “Moscow Mule”, waiting for the grand entrance of the artist who, after interpreting “Me porto bonito”, “Tarot”, “Un rarito”, “Efecto party” , “Tarot”, “La Corriente” and “Neverita”, he said “You don’t know how much I missed performing here in the DR. For me it is a pleasure and a pride that the tour of Latin America begins here in my second home. I am sure that I am going to take the best energies with me, all that I need to continue this tour, I will take with me in the hearts of my Dominican people… this is yours”, he said.

A statement sent this Sunday by the organizers states: “He transported his 100,000 followers to 2018 and his album “X 100pre” with “Ni bien ni mal”, reviving the successes he has been reaping since his beginnings in 2016 with songs like “I’m worse” and “Chambea”, among others”.

They added that his body of dancers joined the song “La Corriente” and Rauw Alejandro arrived to sing “Party”. The three-hour show of the “Bad Rabbit”, received the new Dominican talent Ángel Dior, from La 42. On Saturday, Jhay Cortez, Jowell and Randy, Tockisha, Arcángel and Toño Rosario joined the show, with whom he closed. 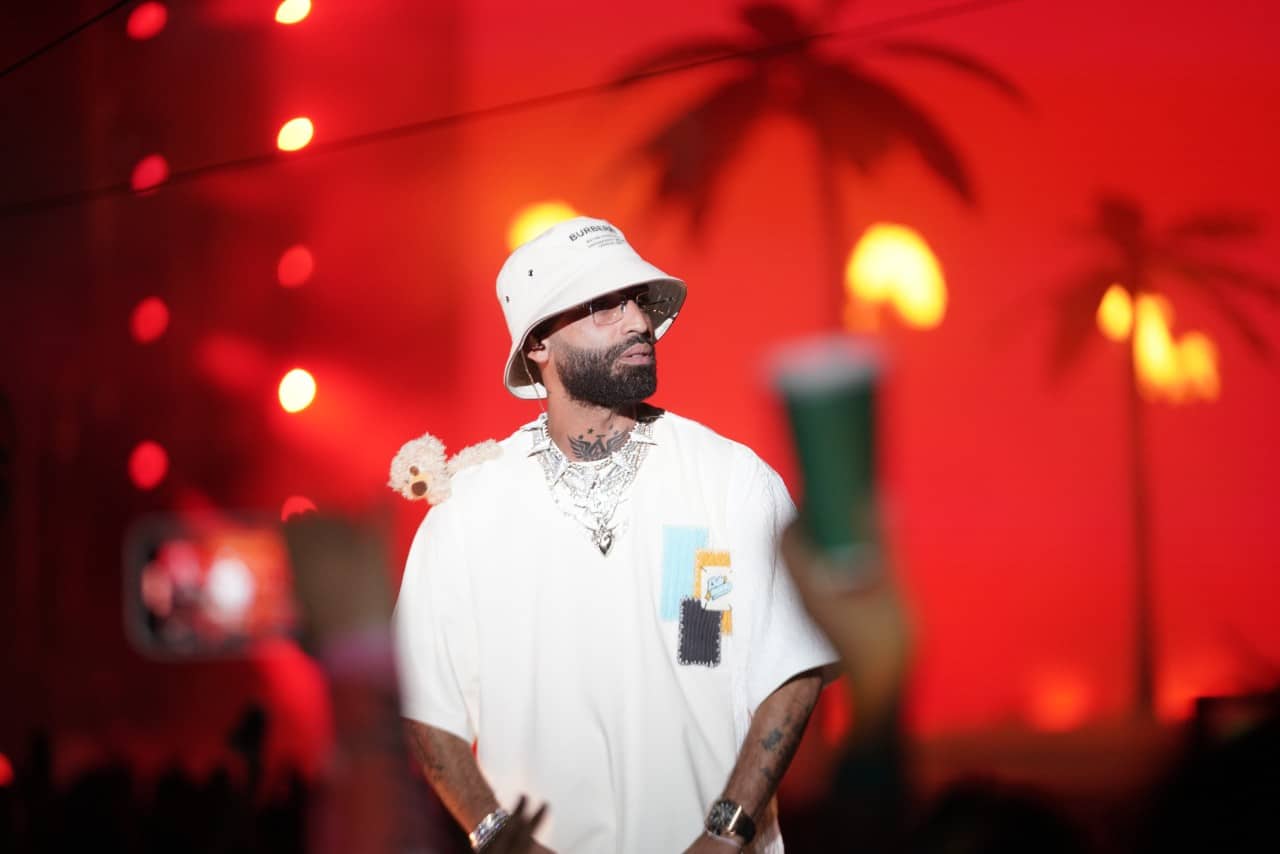 Seeking to feel closer to his followers, in “Un coco” he climbed onto a kind of mini-island with a large palm tree that was at the end of the T that formed the stage and, through the air, toured the stadium.

The “Bad Bunny: World’s Hottest Tour”, which came to the country under the production of businessman Gamal Haché, remained high throughout, adorned with palm trees and an immense scenery with three large screens, bracelets that gave off lights of different colors , with a QR code to make donations to Puerto Rico, and fireworks.

After overflowing with all his energy, surrounded by the euphoria of his followers who carried posters and passed tennis shoes and blouses for the artist to sign, Benito chose “After the beach” to close his great presentations in the Dominican Republic in style. accompanied by a merengue orchestra.

“You don’t know what it means to me to see this place full after so long without coming to the Dominican Republic. Thank you for that support from day one. For allowing me to be part of you through your music, I appreciate it very much and I do it with great affection. Thank you for letting me be a part of you every day through my music,” he said as he said goodbye.