The Clintons and Martha Stewart vacation in Punta Cana

The couple was seen dining at an exclusive restaurant in the eastern part of the country, along with their friends, husbands Frank Rainieri and Haydee Kuret de Rainieri.

The former president, on his 24th visit to the country, received the appreciation of Dominicans who came to greet him.

He was also seen playing golf with Juan José Arteaga and Rolando Gonzalez Bunster, at the Corales Golf Course in Punta Cana where the PGA tournament will be held again this year.

Various celebrities from art, politics, film and commerce preferred Punta Cana to wait for the new year, including the famous television presenter and businesswoman, Martha Stewart, who visited the Punta Cana Foundation and other attractions of the tourist destination located to the east. from the country. 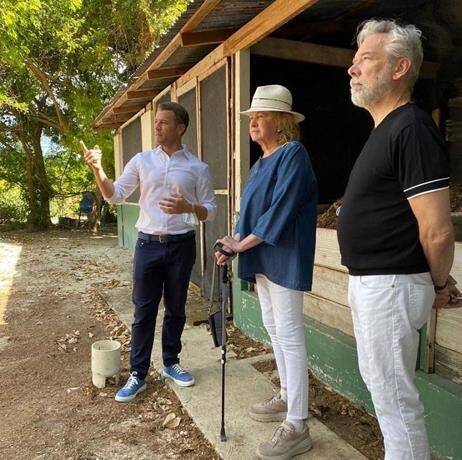 Ministry of Tourism reconstructs the access road to Macao Beach