President Luis Abinader participated in the inauguration of the “Live Aqua Beach Resort” tourist complex, which involved an investment of around 120 million dollars.

The head of State considered that “Live Aqua Beach Resort” is a fresh proposal that completes the great hotel offer that the Punta Cana area has.

The complex comprises 347 new suites with all kinds of services and will generate about 700 direct jobs and more than 2,000 indirect ones.

President Abinader reaffirmed that the development of the tourism industry in the country is one of the fundamental pillars on which the government bases its economic recovery after the serious crisis that has affected us all worldwide.

He insisted that the start-up of this new hotel will make possible a take-off that will economically boost the area, will provide dozens of jobs for men and women from nearby towns and from other parts of the country. 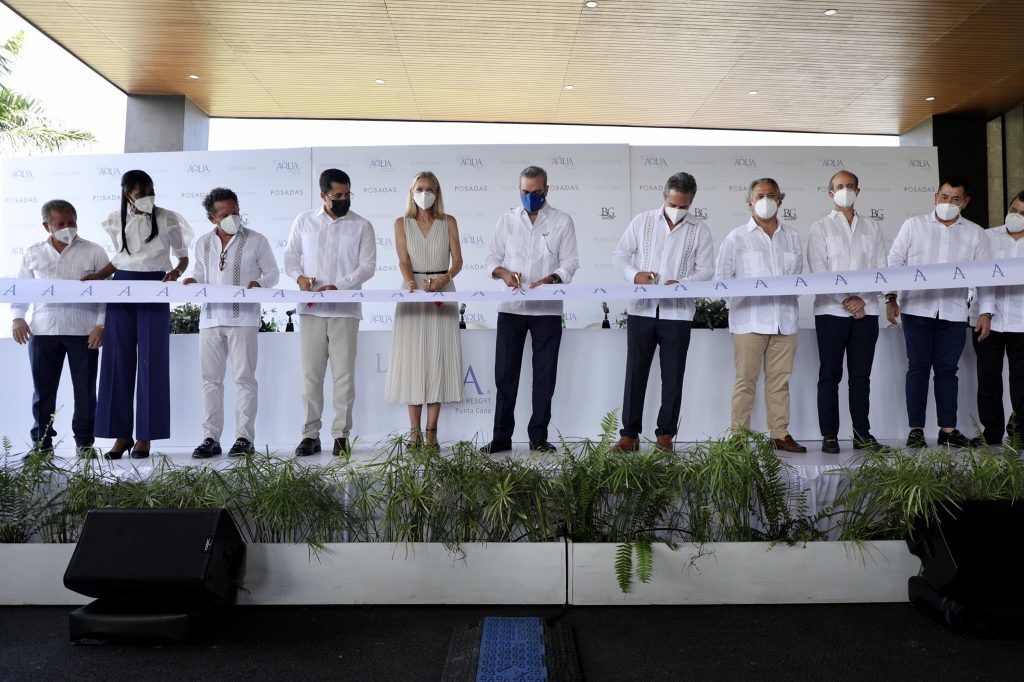 During the event, the CEO of Grupo Posadas, José Carlos Azcárraga, thanked the Dominican Government for the support they have received for the development of this project, which is part of their international expansion plan to other destinations outside of Mexico.

The inauguration was attended by the Minister of Tourism, David Collado; the owner of BG Hotels, Tania Berger; the vice president of hotel operation of Grupo Posadas, Enrique Calderón; the deputy director of BG Hotels, Pedro Morell and the general director of Live Aqua Beach Resort Punta Cana, Pedro Parts.

Heading to the new normal

President Abinader affirmed that the Government is decisively facing the pandemic, against which they have deployed a comprehensive and successful vaccination device for all Dominicans over 18 years of age.

“So, I want to take this moment to thank the Dominican people for demonstrating their great height of vision, their responsibility for the health of all, and for their contribution to the consolidation of the recovery that we need so much,” he said.

He stated that the country is approaching this difficult period for everyone, and especially for the tourism industry.

“But I dare to announce that very soon we will be enjoying this much-needed new normal, which will allow us to get the most out of the investments made in this sector,” he said.