U.S. senator considers the DR as ideal for capital investments 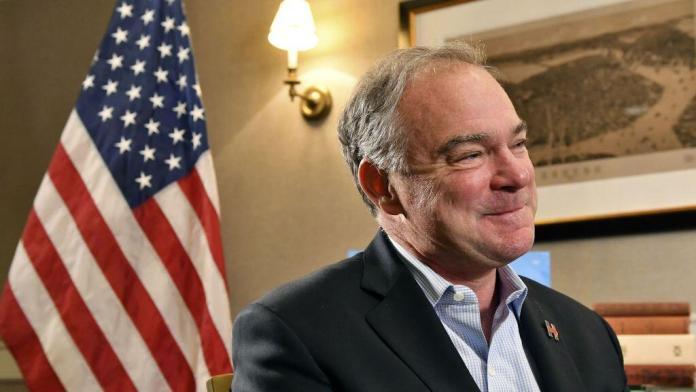 As part of the promotion strategy for economic growth promoted through the Alliance for Development in Democracy (ADD) and taking advantage of the reconfiguration of global supply chains, the Dominican Republic is consolidated as one of the main destinations for development of large capital investments.

This was stated by the American senator Tim Kaine, who valued the good climate for investments exhibited by the countries of the region grouped in the ADD, based on political, economic and social stability, as well as nearshoring to reach the target markets in a more competitive and sustainable.

According to a statement on Monday, Kaine considered it appropriate to sign the Memorandum of Understanding between the member countries of the ADD, in which the Dominican Republic leads the commercial axis, and the United States government.

He also considered the agreement “great” in the challenging context caused by geopolitical conflicts, and the challenge of the supply chains of the United States installed in China that could transfer their operations to Latin American countries that provide guarantees of flow of the commercial activity, as evidenced by those who make up the ADD.

For his part, the famous Argentine writer, journalist and lecturer, Andrés Oppenheimer, reviewed in his column for the prestigious North American media Miami Herald, the ample opportunities for multinational companies to move their manufacturing plants from China to Latin America to “protect themselves from possible problems exports”, highlighting the Dominican Republic, a member country along with Costa Rica and Panama of the recently created “Alliance for Development in Democracy” (ADD), as one of the few nations in the region that promote themselves as alternatives to factories who are in China.

Historic table of work with the United States

In the ADD, a historic working table with the United States was recently established through a memorandum of understanding that represents a transcendental boost in strengthening global supply chains, a key element to lead the economic growth of the region.

The Minister of Industry, Commerce and Mipymes (MICM), Víctor -Ito- Bisonó has highlighted the impact of these strategic alliances. “

These agreements strengthen a direct channel of communication with the United States, launching a functional work table and laying the foundations for fluid discussions, agreements and proactive actions that will generate the identification of opportunities for new companies and projects so that they can develop businesses in our countries”, he emphasized.

Strategic alliances in the region (ADD)

The Alliance for Development in Democracy (ADD) seeks to promote a regional proposal to relaunch commercial, demographic and cultural links between these countries and those of the region.

In addition, it promotes economic growth within the framework of democracy, human rights and the Sustainable Development Goals, as well as supporting an agenda that generates synergies between the countries and other strategic partners in the region, taking advantage of the process of reconfiguring the global supply chains and promote the creation of conditions for the return of the production of goods and services to the region.

Leveraging Nearshoring in the DR

The Dominican Republic, due to its strategic location and political, economic and social stability, has been developing as a Regional Logistics Hub, relying on nearshoring, which represents a consolidation opportunity for economic development.

Preexisting trends have allowed the reconfiguration of global value chains (GVC), and with it the behavior of foreign direct investment (FDI) in the world, creating the conditions for the massive attraction of value chains that are adopting regionalization strategies , cost reduction, resilience and efficiency to reach their markets.