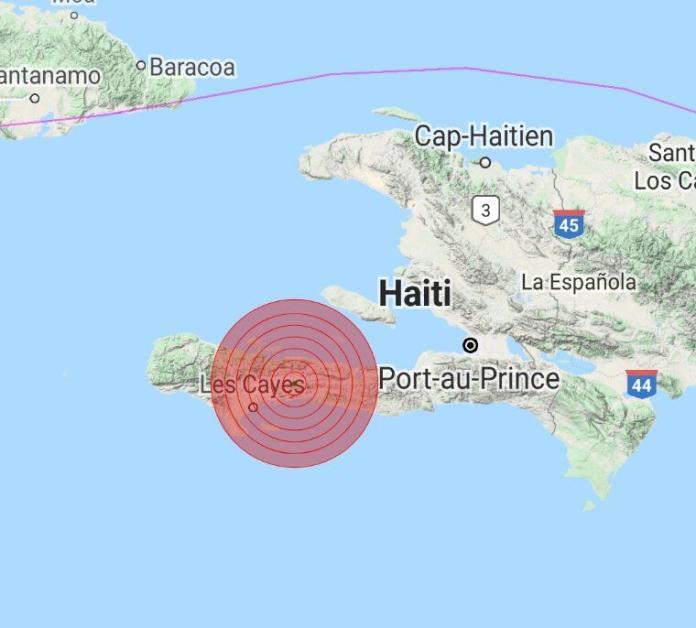 The United States authorities issued a tsunami alert on Saturday in the capital and some coasts of Haiti due to the 7.2 magnitude earthquake registered in the south of the country and warned that it is “likely” that the earthquake left “a high number of victims”.

The U.S. National Oceanic and Atmospheric Administration (NOAA), which monitors the emergence of potential tsunamis around the world, warned of the “threat” of giant waves almost an hour after the strong earthquake.

“Tsunami waves that can reach 1 or 3 meters above the tide level are possible on some coasts of Haiti”, said NOAA.

They added that said tsunami could reach the coasts of Port-au-Prince, those of the southern city of Jacmel and those of Jérémie (southwest) and that the threat could last “many hours after the initial wave” since the interval between dangerous waves can be “from five minutes to an hour.”

The earthquake struck at 08:29 AM EST (12.29 GMT) northeast of Saint-Louis du Sud, in southern Haiti, and had a depth of 10 kilometers, according to the United States Geological Survey (USGS, en English).

The geological agency assigned this earthquake a red alert on its scale of human damage, which means that “it is likely that there will be a high number of victims and it is likely that the disaster will affect a large area,” it said on its website.

“In the past, other events with this level of alert have required a response at the national or international level”.

Regarding the possible economic impact of this new earthquake, the USGS issued an orange alert, which implies that “there is likely to be significant damage”, and that the estimated economic losses are “between 0 and 3% of Haiti’s GDP. ».

He recalled that the majority of the population in the area affected by the earthquake “resides in structures that are vulnerable to earthquake tremors,” such as those built with mud or adobe.

The earthquake was felt with “very strong” intensity in Saint-Louis du Sud, Aquin, and other towns in the southwest of the country, while it was felt “moderately” in Port-au-Prince, “light” in Kingston (Jamaica), and “weak” in Santo Domingo (Dominican Republic), according to the USGS.