The person in charge of the Business Department of the United States Embassy in the Dominican Republic, Robert Thomas, pointed out the continued collaboration between the governments of both countries as an example of success in trade relations between nations.

“As I stand before all of you today, I am filled with a sense of pride and optimism for what the future holds for our prosperous relationship. Today, record numbers of Americans and Dominicans cross the oceans to explore each other’s culture, enjoy the enchanting tourist attractions our two countries have to offer, and study at each other’s universities.” Thomas said.

Thomas participated in the traditional meeting held by the American Chamber of Commerce of the Dominican Republic (AMCHAMDR) as a guest speaker at the Thanksgiving lunch that that institution organizes every November.

In addition, the chargé d’affaires of the United States Embassy in Santo Domingo emphasized that “American companies are investing more and more capital in the Dominican Republic, while Dominican producers ship more products to enthusiastic American consumers. This year alone, our two-way trade surpassed a record $17 billion. The ties we enjoy today have never been stronger, and we should be proud of this breakthrough.”

The president of the board of directors of AMCHAMDR, Roberto Herrera, extended a call to the importance of diplomacy in the construction of healthy bilateral relations between the Dominican Republic and the United States. 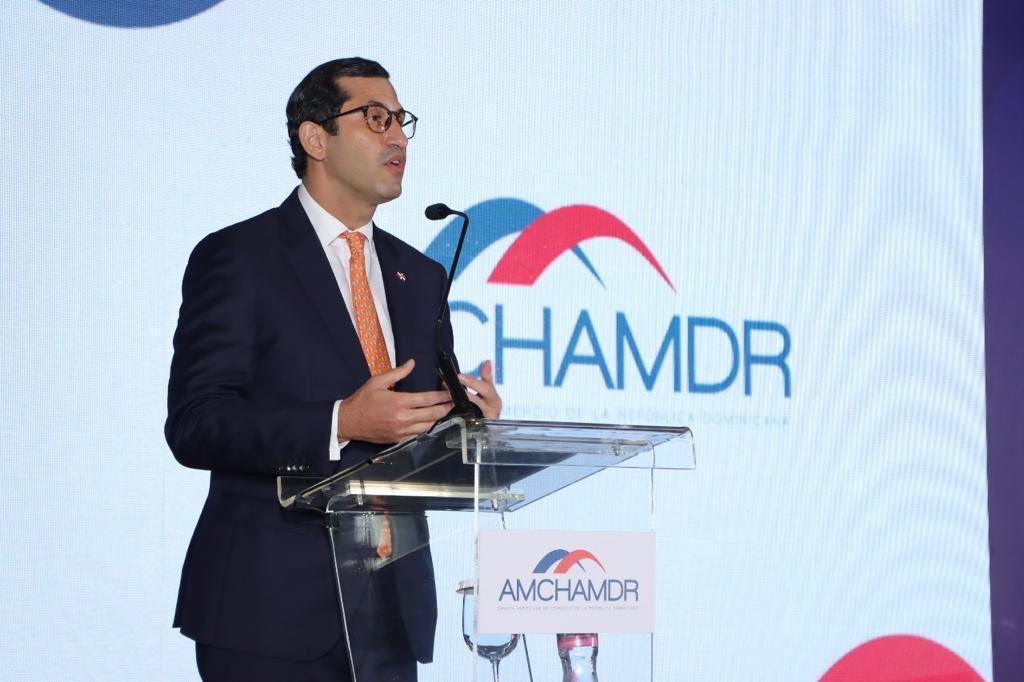 “If there is something we have learned in recent years, it is that collaboration and exchange are key to facing the great challenges we face. United, and joining forces, our capabilities multiply exponentially,” said Herrera.

“It is in the national interest of both countries to maintain a harmonious and respectful relationship, and that is the role of diplomacy.”

He also added that “allier diplomacy, especially in a region where many countries are moving away from our shared values, must take into account the complexities of local issues and be mindful of how we communicate differences. Therefore, we call for a return to diplomatic and respectful dialogue to resolve differences and to maintain this bilateral relationship, which, as President Luis Abinader said in his inauguration speech, would be strategically strengthened during his government.” .

The Thanksgiving lunch included a prayer of thanks given by Father Misael Batista Suárez.

In his opening remarks, the Executive Vice President of AMCHAMDR, William Malamud, thanked the members of the American Chamber for their commitment to that institution, especially in the framework of its 99th anniversary.

“This anniversary calls us to reflect on our role to continue contributing to national development and growth, promoting digital transformation, strengthening the rule of law and positioning the Dominican Republic as a nearshore production platform, integrated into the chain of North American supply, and become a regional logistics hub,” said Malamud.

About the American Chamber of Commerce of the Dominican Republic (AMCHAMDR)

The American Chamber of Commerce of the Dominican Republic (AMCHAMDR for its acronym in English) is a non-profit association, legally incorporated on November 8, 1923, which promotes a healthy investment climate based on access to knowledge, opportunities and a culture of best practices for the socioeconomic and professional development of its members. AMCHAMDR is affiliated with the U.S. Chamber of Commerce and is a founding member of the Association of American Chambers of Commerce in Latin America (AACCLA).