The President of the Republic, Luis Abinader, appointed the former judge of the Supreme Court of Justice, Miriam Germán Brito, as the Attorney General of the Republic.

“In fulfillment of my commitment to promoting an independent Public Ministry respectful of citizens’ rights, Miriam Germán Brito will be appointed as Attorney General of the Republic and Yeni Berenice Reynoso as Deputy Attorney General”, said the Dominican Head of State in a Twitter message.

The recently sworn Attorney General of the Republic, Miriam Germán Brito, said she has aspirations for justice without privileges and without mistreatment, in addition to appealing to transparency.

Regarding the alleged cases of corruption pending in the courts, Judge Germán Brito said that upon arrival at the Attorney General’s Office, the first thing she will do is carry out an inventory. 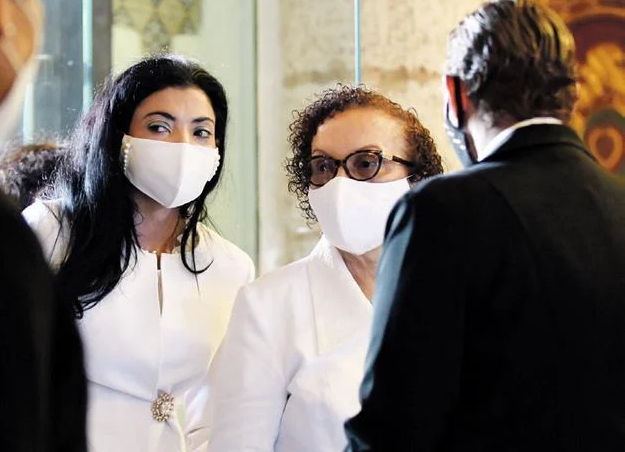 “I am a person who is not going to dirt my soul with grudges and miserable feelings,” she indicated when questioned about the situation between her and the outgoing attorney Jean Alain Rodríguez.

While when questioned by the media, the also newly appointed Deputy Attorney, Yeni Berenice Reynoso, did not offer any comments.