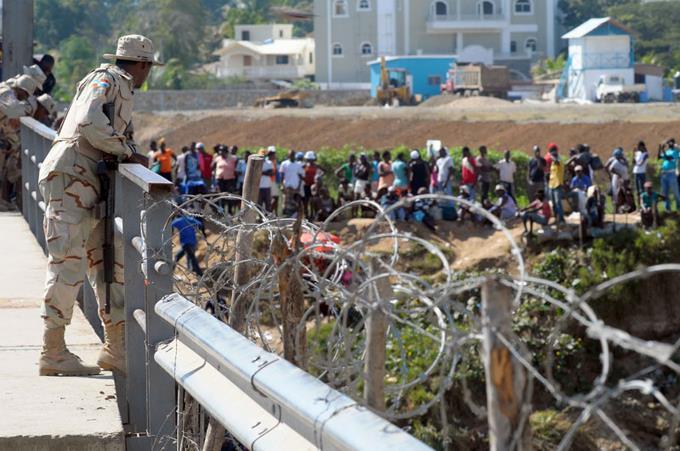 A bill seeks to prevent foreigners or foreign legal entities from acquiring real estate in what would be called the “border security zone” and establishes that if these national companies have Dominican partners, they cannot transfer or endorse their shares to foreigners.

This is the bill that would establish the Legal Regime for Border Land Property, which was submitted on August 18 by the PLD senator for Elías Piña, Yván Lorenzo. He perished in the previous ordinary legislature.

The proposed law establishes, in article 39, that real estate belonging to the private domain, located in the border security zone, is transferable, for consideration or free of charge, solely in favor of Dominican men and women, according to legally acquired titles, as long as they are registered or re-registered in the corresponding public registry.

Whereas, paragraph 1 of the same article establishes that “foreign individuals and legal entities may not, in fact or in law, acquire real estate in the Border Security Zone under any title, with the exceptions related to lease concessions or authorizations granted by the Executive Power through a Presidential Agreement, when there is a public or social interest, in accordance with this law (if approved) or special laws”.

It adds, in paragraph II, that national legal entities with nominative shares with Dominican partners, whose shares cannot be transferred or endorsed to foreigners, may acquire real estate in the border security zone for productive investments of sustainable development.

While, article 40 establishes that the ownership of a property that is located on both sides of the border and “that affects national sovereignty”, is prohibited and that it must be registered, marked or demarcated in the Dominican State, which by sovereignty corresponds to him in terms of territory.

The initiative proposes that the border territory be classified into border development and integration zones and border protection zones, which would be comprised from the conventional border limit and 25 kilometers into the national territory. Said zones must be approved by the President of the Republic, according to paragraph III, item 3 of article 11. Another third zone would be in the classification, that of border security, which would cover from the conventional border limit up to 5 kilometers towards the inside the national territory.

The proponent of the bill, senator Yván Lorenzo, stated that more than 80% of the border lands are not titled and that it is necessary for the State to initiate a titling plan throughout the border strip up to 25 kilometers into the territory. Dominican. He believes that legal mechanisms must be strengthened so that Haitians do not easily take over Dominican real estate. “The national interest and sovereignty have to be above anything,” when questioned about whether that law could not affect foreign investment.

He affirmed that many Haitians “take over” the properties of Dominicans with ease, taking advantage of the lack of purchasing power of the Creoles. “If that is allowed, the Haitians will displace the Dominicans throughout the border strip. So sovereignty is going to be compromised, ”he reflected. Congressman Lorenzo suggests being very cautious with commercial activities and the acquisition of real estate.

The Tourism Development Trust of the Pedernales Province (Pro Pedernales Trust) seeks to encourage national and foreign investment in Cabo Rojo, an area located about 20 kilometers from the border line.

Through Laws 28-01 and 12-21, the Special Border Development Zone was created that includes Pedernales, Independencia, Elías Piña, Dajabón, Montecristi, Santiago Rodríguez and Bahoruco. Those laws establish tax incentives and exemptions for investors. Last July it was said that more than 70 companies were interested in investing.