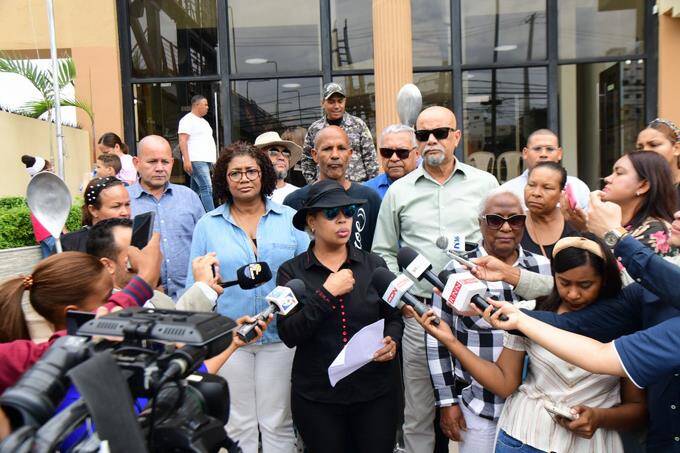 Dozens of school lunch and breakfast suppliers protested this Friday in front of the National Institute of Student Welfare (Inabie) to denounce the most recent food tender carried out by the aforementioned entity, describing it as “irregular.”

According to the protesters, this tender had “poorly prepared specifications and poorly formed batches.”

Likewise, they assured that Inabie did not take into account the transport units required in the logistics of preparing and distributing the food rations, nor the number of authorized bidders who were harmed by these decisions.

In addition, they affirmed that thousands of suppliers that met the requirements were unfairly eliminated from the process, while several of the winners of the tender did not meet them.

Similarly, the spokeswoman for those affected, Elizabeth Beriguete, affirmed that everything that happened with the tender is a violation of Law 340-a 06, alleging that, due to the slowness in hearing the challenges and complaints of irregularities, they cannot be resolved time conflicts.

He also added that it is not possible that in six of the eight provinces analyzed some 28 bidders were awarded 65 lots worth RD$1,608,707,385.88 without considering the installed capacity, the number of employees registered in the Social Security Treasury (TSS).

What the Inabi said

In a statement, the aforementioned entity defended the legality of this tender, indicating that the execution of “Public Due Diligence” was included for the first time in the evaluations.

The latter consists of the filtering carried out on the “external actors” to the institution that intervene in the contracting process to identify conflicts of interest such as collusion, politically exposed persons, bidders participating with more than one company or as a company and a natural person. at the same time, among other cases.