The recovery of tourism and the impostor syndrome 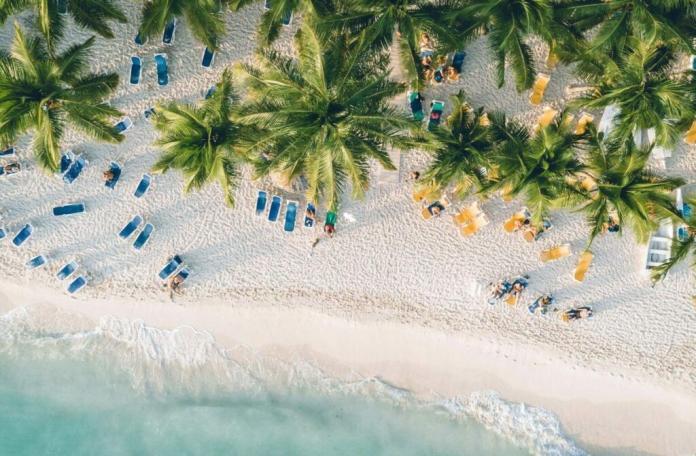 In May, the World Tourism Organization (UNWTO) recognized the Dominican Republic as a leader in the tourism recovery process. During 2021, of 106 countries with information in the World Tourism Barometer, 8 out of 10 showed a reduction in their flow of tourists by more than 50%, and of those, 48 showed a reduction of 75% or more in their sightseeing.

Of these 5 countries, only the Dominican Republic was in the Top 30 of the countries of air arrivals in the world, and with the longest average stay (8.5 vs. 2 nights for the rest). To this is added, that during the last quarter the country reached the best quarter in history. All this made us the best example of post-pandemic recovery.

These results are the reflection of the implementation of a recovery plan designed and executed with presidential support, joint work between the public and private sectors, a unified public sector, and a country eager to return to normality. There were no recipes or preexisting theories, there were no textbooks, you had to design a plan and be very alert. Each country invented its recipe.

As a country we were innovators and pioneers in many initiatives, which other countries would later emulate: total opening of borders with internal control, prioritization of vaccines for the entire sector, traveler assistance plan, certified government protocols, strengthening of alliances with value, visits to the main emitters to present a safe destination, and a support plan for internal allies.

In the midst of the pandemic and despite finding a ministry without information and manual, an intelligence system was implemented in record time that allowed monitoring the results of the strategy and measuring the risks day by day, to react in a timely manner.

This recovery process in the Dominican Republic –although it was affected at the beginning of 2022 by the Omicron, the heavy snowfall in the United States and the war between Russia and Ukraine– has continued, and, as of April 2022, the flows of non-residents have been historically high when compared to similar months in previous years. July became the best month in the history of tourist arrivals for our country.

There is still a long way to go in the recovery of world tourism, and the Dominican Republic is once again in a privileged position when compared to the rest of the world.

In that period, 8 countries showed an average increase of 9.2% in the flow compared to the pre-pandemic, which represented 1.26% of the total number of tourists in 2019. Only 3 countries (including the Dominican Republic) show negative growth rates but less than 5%, thus forming part of the small group of 11 countries whose total tourism increased or was already very close to pre-pandemic levels.

When country-by-country performance is analyzed, it is found that the Dominican Republic continues to be part, along with Puerto Rico and Mexico, of the leadership in recovery in 2022. Seven of the eight countries that showed an increase in their tourist arrivals in the first 5 months of 2022 are countries that received less than 800 thousand pre-pandemic tourists by air, and are in low positions in the world ranking (above the Top 80 of 143 countries, in terms of air tourism).

In fact, the added flow of air passengers, for the countries with positive growth, excluding Puerto Rico, is similar to all the tourists that the Dominican Republic received in that period.

And this leadership is more evident when analyzing the prospects for recovery, where the Dominican Republic follows in a very select group of countries, which has already recovered. If we analyze the last 12 months of Dominican tourism, it is evident that the country has already exceeded 6.8 million arrivals, a level never reached. However, 48% of the countries expect full recovery in 2023 and 44% in 2024.

Only 5% worldwide and 7% in America believe that they have already reached these levels, as is the case of the Dominican Republic.

Another important indicator is the flow of foreign exchange from tourism. In the case of the barometer, for this statistic, of the total of 223 countries, only 24 countries have information as of May, because this information usually comes from estimates based on surveys and many countries estimate this quarterly income, as in the case of the Dominican Republic.

In fact, the vast majority have the information for the first quarter in this report. Once again the Dominican Republic (-2.9%) belongs to a select group of 7 countries that showed a decrease of less than 5% in their foreign exchange flow, while 30 countries decreased their foreign exchange flow between 25% and 50%, and some 41 saw reductions greater than 50%. These last two groups received 69% of the total foreign currency that the evaluated countries received before the pandemic.

An important characteristic of our country’s recovery, compared to other countries in the region, such as Mexico, is the diversification of the recovery. After the pandemic, Mexico has been positively affected by its proximity to the United States. But while American tourists increased their visits to Mexico by 20%, the rest of the countries showed a reduction of 23%.

In fact, in Mexico, of the total number of countries that increased their visits, 76% was explained by the United States, while in the Dominican Republic this impact was distributed among Colombia, the United Kingdom, Germany, France, among others.

The great success of the recovery of Tourism in the Dominican Republic lies not only in the increase in tourism, but also in the diversification and rapid recovery from the impact of the war in two countries that monthly issued 60,000 passengers to our destination.

It is normal and easy for us to be attacked by impostor syndrome, that resistance to seeing our own greatness, which has nothing to do with humility. Humility is only possible when you are sure of the virtues. The recovery of tourism in the Dominican Republic is not a dream, nor a wish, nor the product of a favorable wind, as in the last decade.

Achievements in tourism are a reality that is built with hard work, teamwork, commitment, persistence, redesign, and flexibility. No more impostor syndrome, more pride, more unity and, above all, more confidence in the potential we have as a country.