President Luis Abinader announced that La Altagracia province, the country’s main tourist pole, will be the first to have a total opening after the restrictions adopted by the government to face Covid-19, according to a press release from the communications equipment of the National Palace.

“On Monday we will be meeting with the health cabinet, a draft protocol is already being prepared for the first province with total opening, which will be La Altagracia”, added the president.

He said that this first protocol will be duplicated in other locations, this being the pilot project for other areas of the country that have vaccinated 70 percent of their population against Covid.

“The total opening of the La Altagracia province also means a responsibility of its citizens, its leaders, and its businessmen”, said the governor.

He said that the population must learn to live with Covid and continue to protect themselves with the vaccine until reaching the highest percent and above all continue to maintain safety protocols.

“I congratulate this province for having worked in a true unit of the public and private sectors, the hotels, the public ministry”, said Abinader.

He added that the hotels together with the Ministry of Tourism coordinated and were in charge of vaccinating all of their staff.

The social clubs, municipalities, churches, and other sectors of society did the same job.

He stressed that the levels of contagion have also decreased dramatically in this eastern province, which has the main tourist center in the country.

“I want Altagracia to be an example so that the other provinces can continue moving in that direction, towards normality,” he said.

Luis Abinader gave these statements when participating in the inauguration of the Crisfer real estate project, in Punta Cana. 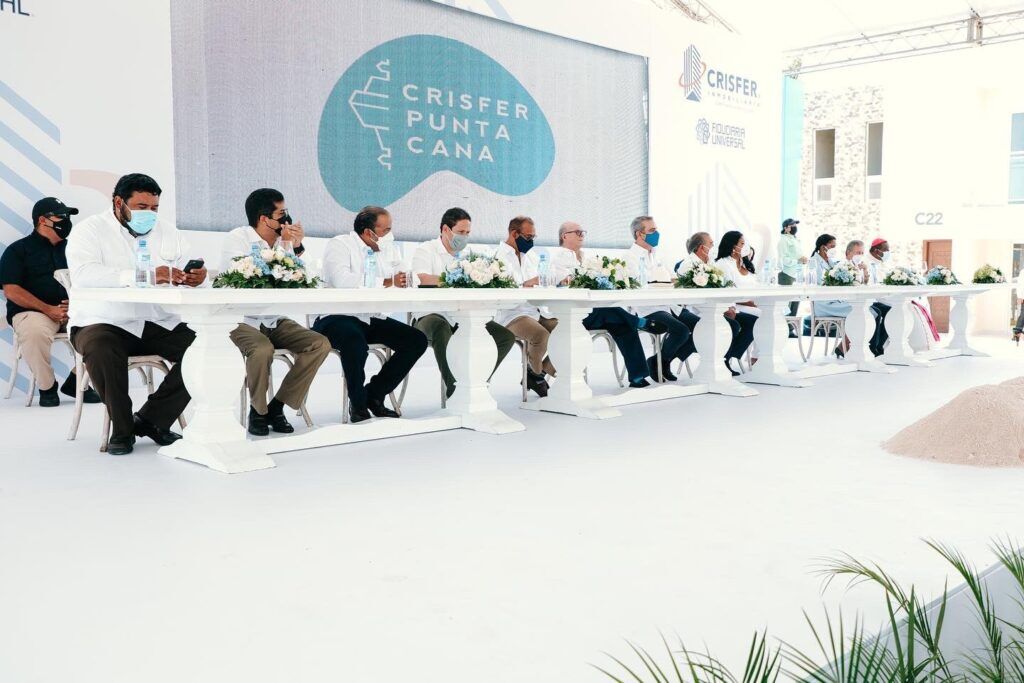 The event, which was blessed by Monsignor Jesús Castro, was attended by the former President of the Republic, Hipólito Mejía; the Minister of Public Works and Communications, Deligne Asención; the vice president of Crisfer Inmobiliaria, María Cristina García and the director of the National Housing Institute, Carlos Bonilla,

In addition, the Minister of Tourism, David Collado; the administrator of the Reserve Bank, Samuel Pereyra; Senator Virgilio Cedano; Governor Martina Pepén, among others.

Hilton will debut its ‘Tru’ brand in Punta Cana in 2022

Dominican Republic and the Netherlands agree on their maritime delimitation

CEPAL places the Dominican Republic as the first destination for investors

IMF projects the DR with a strong recovery economic