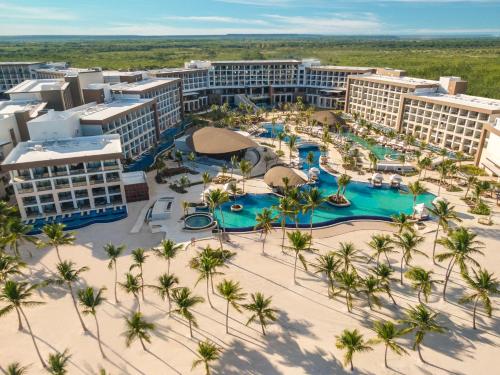 According to the recent Lodging Econometrics (LE) Latin America Construction Project Trends Report, the region’s total construction project has 555 projects with a component of 90,496 rooms in the second quarter of 2022.

After almost two years of uncertainty due to the pandemic, the hotel industry in Latin America is finally showing some signs of recovery.

Consumer confidence has increased as border restrictions and quarantine requirements across the region and passenger air traffic to Latin American countries have increased substantially compared to figures recorded in the second quarter of 2021.

In the first half of 2022, 40 projects with 8,481 rooms started construction in the region. New project announcements, in the second quarter of 2022, increased 57% for projects year over year in 36 projects with 6,208 rooms.

At the time of the report, Mexico led the portfolio of construction projects in Latin America in the second quarter with 211 projects of 34,509 rooms. It is followed by Brazil, which stands at 89 projects and its 14,471 rooms. These two countries account for 67% of the projects in the total portfolio. Peru follows with 29 projects and 3,669 rooms, then the Dominican Republic with 24 projects and 5,563 rooms, and then Colombia with 19 projects and 2,936 rooms.

As of the end of the second quarter, the top hotel franchise companies in the Latin American construction pipeline are Marriott International with 105 projects/17,559 rooms, closely followed by Hilton with 100 projects/14,166 rooms.

It is followed by Accor, with 80 projects/10,274 rooms, and then InterContinental Hotels Group (IHG), with 59 projects/6,828 rooms. These four companies are responsible for 62% of the projects in the total construction portfolio.

The largest brands in the pipeline for each of these companies at the end of the quarter are Accor’s Ibis brands with 53 projects/6,678 rooms, Hilton’s Garden Inn with 25 projects/3,271 rooms, IHG’s Holiday Inn Express with 13 projects/1,538 rooms and Marriott International’s Marriott Hotel with 12 projects/3,011 rooms.

In the first half of 2022, Latin America had 38 new hotels with 6,961 open rooms. LE’s forecast for new hotel openings sees another 72 new hotels opening in the second half of the year, bringing the total to 110 by the end of the year. In 2023, LE analysts forecast 108 projects/19,637 rooms to open in the Latin American region.