President Luis Abinader predicted that the beginning of the end of high airfares has arrived in the country after the official launch of ARAJET, a new ultra-low-cost commercial airline of Dominican origin, with a mixed Dominican and foreign investment.

With the incorporation of this aeronautical company, the cost of international tickets would be reduced by 30 to 60%, estimated the government official.

Over the next five years, the airline will generate more than 4,000 jobs directly and about 40,000 indirectly.

It is expected to transport some seven million passengers a year, with a total of 43 air routes, of which 24 new routes are projected that are not currently served in the market.

President Abinader said that with the incorporation of this new air transport company, the Dominican population living abroad will benefit.

In this regard, he stressed that “there is no doubt that the community of Dominicans residing abroad, whom this government is always aware of, will greatly benefit from airfares at very low prices”.

The president stated that the Tourism Cabinet is working tirelessly to identify where the opportunities are and how to accelerate them. 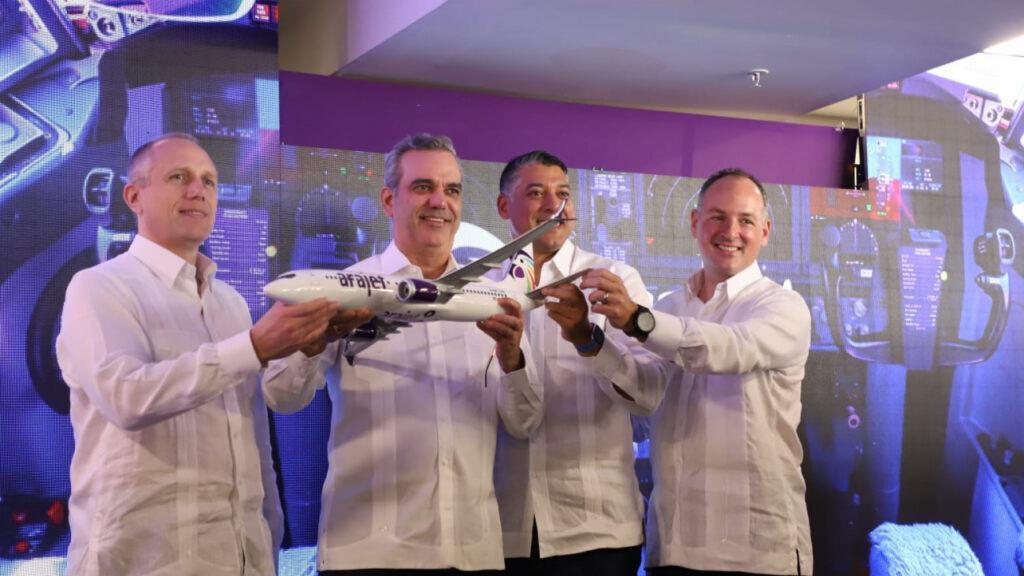 “This time the opportunity knocked on our door, and we can enthusiastically say that the beginning of the end of high airfares has begun. Without routes or competitive rates, we will not be able to compete or meet the expectations of the new tourist,” emphasized President Luis Abinader.

He appreciated that the new Arajet airline has identified new routes that seek to reduce flight times at very competitive prices and, at the same time, provide direct access to a broader market.

The Head of State expressed that he has successfully seen the resumption of investments in the hotel sector, the announcement of new complementary investments such as theme parks, and today they are making a dream come true, a local airline with mixed investment, which expands the possibilities of connectivity at very competitive prices.

On the other hand, the Minister of Tourism, David Collado, narrated that to date the Dominican Republic is a world example of the recovery of tourism, and stated that “the Dominican Government is clear that with air connectivity is the growth of tourism.”

Collado added that, with the inclusion of ARAJET, there are 131 airlines currently operating in the country.

Likewise, the president of the board of directors of ARAJET, Víctor Pacheco Méndez, thanked the support of the Government of President Luis Abinader for having made the operation of this air transport company possible in the country.

ARAJET will begin its operations in May from the Las Américas International Airport, with flights to Costa Rica, Colombia, Jamaica and other Caribbean islands, with the plane named Pico Duarte.

Likewise, the executives of the new airline announced that they will acquire 20 737 MAX aircraft, specifically the high-capacity 737-8-200 model, to expand affordable travel options in the Americas, and specifically from the Dominican Republic.

Consumer Rights: no more warnings to JetBlue for non-compliance