Asonahores swears in David Llibre as its new president

The Association of Hotels and Tourism of the Dominican Republic (Asonahores) elected David Libre as its new president for the period 2022-2024, who showed his vision of the importance of continuing to strengthen the entity and actively working as the main economic activity in the country.

The swearing in of the new Board of Directors was attended by the Minister of Tourism, David Collado; the Minister of the Presidency, Joel Santos, as well as other officials and personalities from the sector. During the ceremony, recognition was given to outgoing President Rafael Blanco Tejera.

David Llibre, explained in his speech that this new Board of Directors will work on 3 pillars based on greater sustainability of tourism in the long term, strengthening of regulations and greater air connectivity to continue increasing the number of tourists visiting the country.

He expressed that they will maintain a public-private agenda, to give continuity to the enforceable ones that have been implemented, in addition they will emphasize in the next 2 years the Organization and Regulation of Tourist Rental Platforms; in Tourism Land Management Plan; in the Shopping Tourism bill; likewise that the Dominican Republic can count on Global Entry and Preclearance and in promoting more airlines to establish more and new routes to the country.

“Today we have more than 85,000 hotel rooms and more than 70,000 rooms on tourist rental platforms. We are aware that these platforms are an attraction for tourists who visit us and it is a global trend. But we must ensure that this new model grows and develops according to the objectives of the local tourism sector in an orderly and regulated manner,” said Llibre. 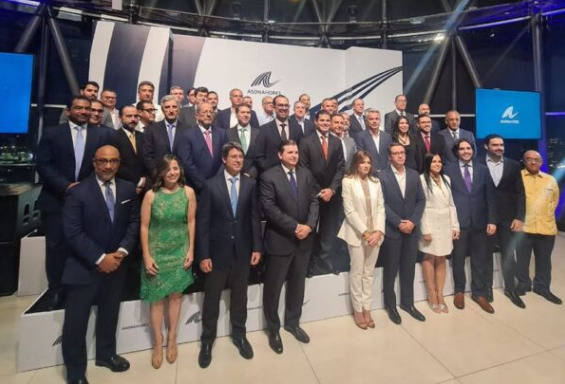 The new Board of Directors has an executive committee that is also made up of Andrés Marranzini as its executive vice president; Raúl López, Ramón Roselló, Ventura Serra, Omar Cepeda, as vice presidents; Javier Tejada, as treasurer; Daniel Hernández, as secretary; Francisco Camps, Jorge Feliz, Enrique Martinon, Luis Emilio Rodríguez, Vanessa Costa and Paola Rainieri as directors; and Rafael Blanco Tejera as past president.

He is Vice President of Coral Hospitality Corp. He has more than 20 years of experience in the areas of operations and finance, and more than 15 years in the Hotel Sector.